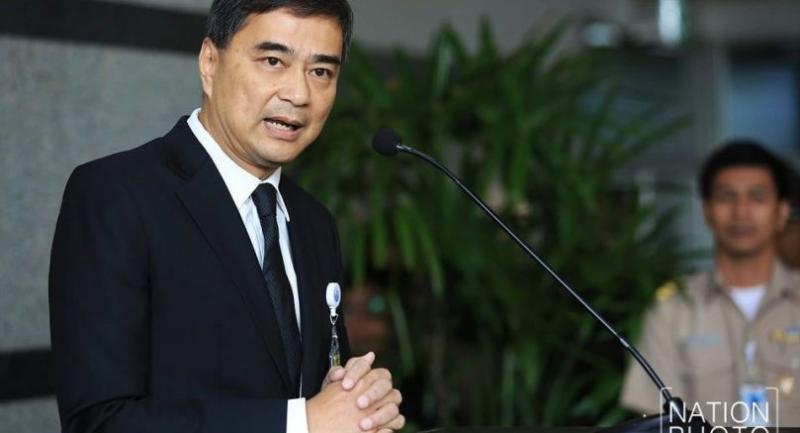 Former Democrat Party leader Abhisit Vejjajiva has tendered his resignation as an MP from the country’s oldest party following its decision to support incumbent Prime Minister General Prayut Chan-o-cha as the next premier.

Abhisit, who is the party’s No. 1 party-list MP, announced his resignation at TOT on Chaeng Wattana Road just hours before the joint Parliament was scheduled to vote to elect the next PM at 11am on Wednesday.

The Democrats yesterday resolved to join the pro-junta bloc led by Phalang Pracharat Party in forming a coalition government, and to vote for Prayut as the next premier. “As an MP I cannot walk into the meeting room and vote against my party’s resolution. In the meantime, I cannot vote to support Prayut because it will break the promise I gave to the people,” Abhisit said during his press conference.

Before the March 24 election, Abhisit, then the Democrat leader, had appealed for support from voters by declaring his party would not support Prayut’s return to power as prime minister, nor would it ally with any corrupt politicians.

The former PM resigned from the party leadership after the Democrats won only 53 House seats in the election. He said he would continue to cling to his earlier stance to prove that the power belongs to the people and the country needs a democracy based on integrity.

He also apologised to his supporters who had voted Democrat, saying he was sorry to have disappointed them.

However, Abhisit has not made it clear whether he would quit the party.