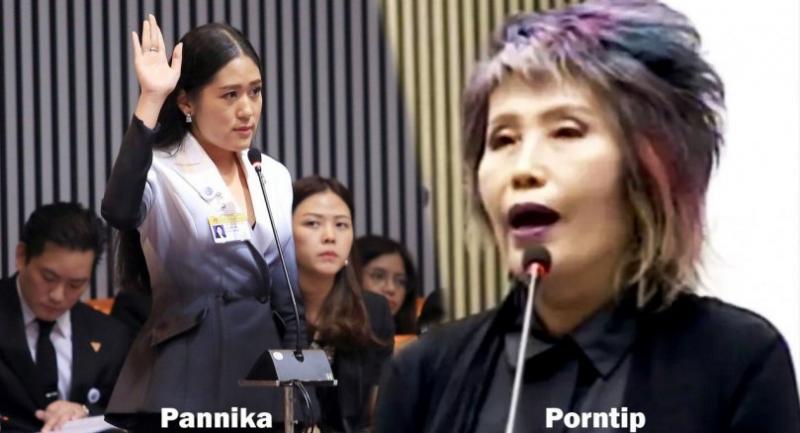 One is the first-time female Member of Parliament from a new party that won the hearts of first-time voters, while the other is a female senator and a top pathologist known for her extraordinary hairstyle.

Pannika Wanich, a new MP from the newly formed Future Forward Party has been criticised for her clothing choice by Dr Porntip Rojanasunan, a female senator who is the country’s top pathologist.

MPs and senators attending the meeting to select the next prime minister wore black, while Pannika wore black and a white blazer.

In response, Pannika told reporters that she was surprised by the comments. “We met at a canteen and she said nothing. Maybe it is a misunderstanding,” she said.

She insisted that her choice of clothing was appropriate.

The new MP added that the choice of the next premier was more important than clothing choices.

One comment under Porntip’s post said: “How come the doctor dare criticise Pannika for wearing inappropriate dress while the doctor herself had violet hair at the parliamentary meeting?”