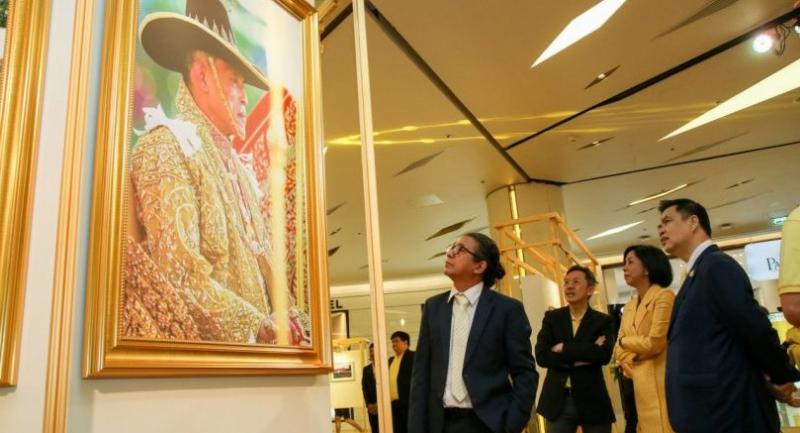 The exhibition is divided into three zones. The first zone features His Majesty the King’s royal portraits. The second displays the grandeur of the Royal Ceremony and Royal Procession, while the final zone features the heartfelt atmosphere as loyal Thais welcomed their new monarch and joyously participated in the historic event.

Captured by members of The Nation Photo Centre and FotoUnited Club, the shows features 88 great shots. Among them are Rachot Wisarankul, who once captured the most memorable “Royal Portrait in Every Thai Household” of King Rama IX, Tanachai Pramarnpanich from The Nation, Wason Wanichchakorn, the Associated Press photographer known for his unique ways of photographic story telling, and Vatcharasith Wichyanrat, one of Thailand’s top fashion photographers.

The exhibition is curated by prolific poet Chiranan Pitpreecha, who is also the founder of FotoUnited Club. The show at Siam Paragon’s Hall of Fame runs through June 16, while that at Icon Siam will wrap on July 30.