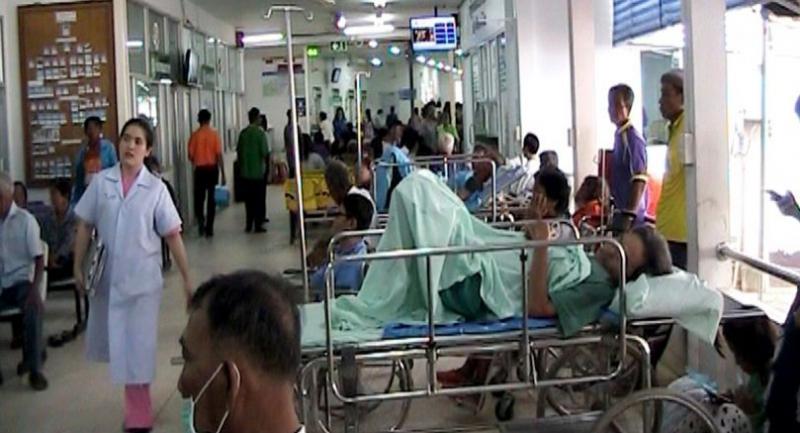 THE LATEST dengue fever outbreak in Thailand is “the worst in five years” with more than 22,000 patients – 30 of whom have died – reported so far, Disease Control Department director-general Dr Suwanchai Wattanayingcharoenchai said yesterday.

Another 13 deaths are now being studied to determine if they were caused by the virus.

The mosquito-borne seasonal viral infection is caused by four serotypes – DENV 1, DENV 2, DENV 3 and DENV 4 – and most patients in Thailand suffer from the most serious strain DENV 2, Suwanchai said. Hence, he said, people should rush to a doctor if they have high fever for two to five days or other symptoms such as a headache, eye pain, vomiting, dry cough or a skin rash.

He has also called on clinics and pharmacies to not prescribe non-steroidal anti-inflammatory (NSAID) medicines to those with high fever, in order to prevent the risk of fatal complications. He also urged related agencies to destroy mosquito larvae incubation grounds.

The Disease Control Department’s report cited that from January to May 22, there had been 22,203 dengue fever patients and 28 deaths – double the previous whole year’s figures of 11,704 patients and 16 deaths.