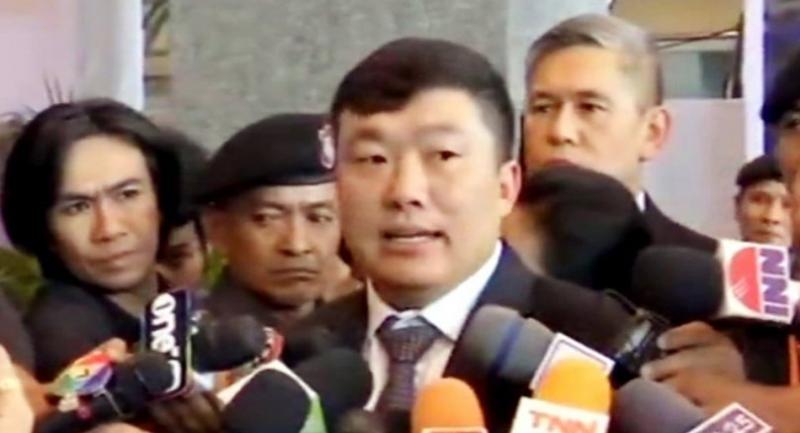 By Kanittha Theppajorn
The Nation

Bhumjaithai leader Anutin Charnvirakul on Thursday said he was happy that one of his MPs abstained from voting for Prayut Chan-o-cha as prime minister yesterday.

Siripong Angkasakulkiat was the only MP of Bhumjaithai’s 51 MPs who did not follow the party’s decision to support Prayut to remain as the premier.

Siripong told reporters that he was keeping an earlier pledge to support Anutin as the prime minister.

“I could not go back to what I promised when deciding to contest in the March 24 general election,” he said.

The current Constitution says each political party competing in a general election has to reveal its candidates for the premiership.

Anutin said Siripong gave no warning that he intended to abstain.

The abstention will not have any impact on Siripong as it was his right despite the fact that he went against the party’s decision. “We would respect his decision and it was only one vote that did not affect the results of the election,” Anutin said.

When his name was called out to cast the vote, Siripong said he abstained before watching his fellow MPs and weeping.

Anutin said the party could not force its MPs to act but could only ask for their cooperation.

He already discussed the matter with Siripong who apologised for what he had done, Anutin said. His only criticism was that Siripong could have informed the party beforehand.