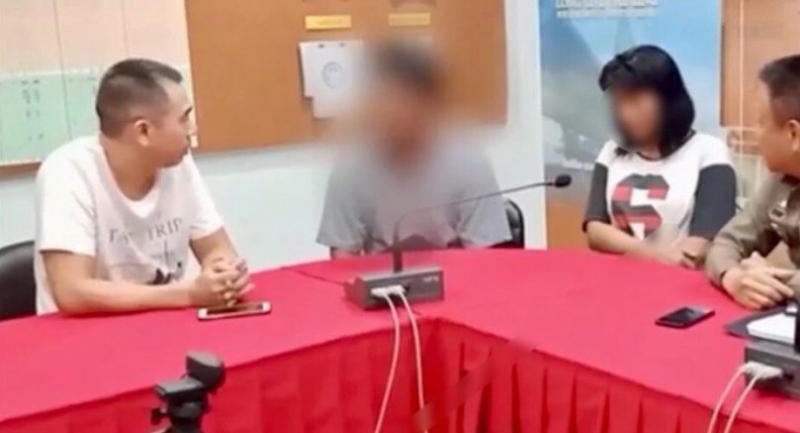 Police in Samut Prakan are hunting for a woman who procured a 14-year-old girl to have sex with a 43-year-old man on Thursday.

Both the would-be customer and the procurer’s accomplice were arrested and the girl was taken into protective custody. Her alleged accomplice Supaporn Artsamon, 34, was charged on Thursday with human trafficking and reaping benefit from the prostitution of a girl under 18.

Paiboon Siripayak, 43, who was allegedly waiting to have sex with the girl at a hotel on Phuchao Samingprai Road, was charged with taking a minor from her parents.

The arrests stemmed from a complaint filed with police on June 5 by the mother of a 17-year-old girl who had been a runaway for nearly a month. On the teenager’s return home, the mother found text messages with friends on her phone regarding prostitution.

The mother took her daughter and two friends, ages 16 and 14, to see the police, where the girls admitted being involved in the sex trade.

Suthiroj said they named Janthima and Supaporn as their handlers.

Even as they were being questioned, Janthima allegedly called the 14-year-old to arrange for her to meet Supaporn outside a mall and be taken to a customer.

Police formed two teams, one to tail and arrest Supaporn, the other to apprehend Paiboon if he were to take the girl into a hotel room.

Supaporn reportedly confessed to arranging the deal by which Paiboon would pay Bt1,400, of which Bt1,000 would go to the girl.