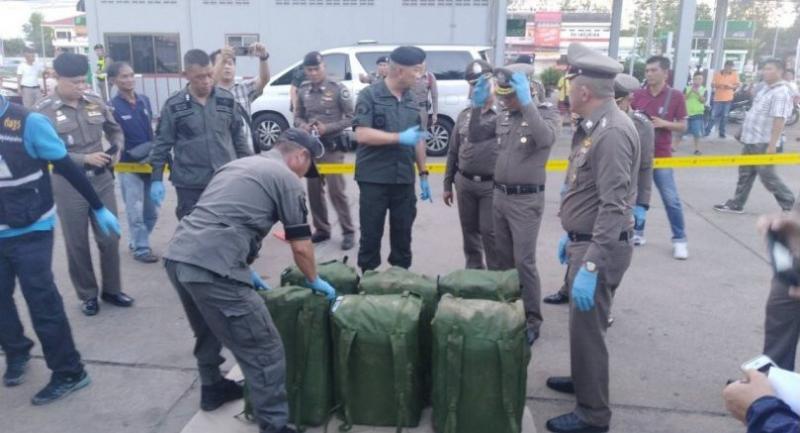 Two men suspected of evading a police checkpoint in Phrae on Thursday in an SUV full of crystal methamphetamine (“ice”) were arrested that night as they purchased tickets for a Bangkok-bound train.

Thatchai Peng-la, 33, and another man identified only by the nickname Noey were apprehended at Lampang Train Station at 8.30pm. Police said they’d ditched their Chevrolet Captiva SUV and its cargo of 300 kilograms of ice at a petrol station in Muang Lampang, bought new clothes and walked to the train station. They were being questioned further about their accomplices.