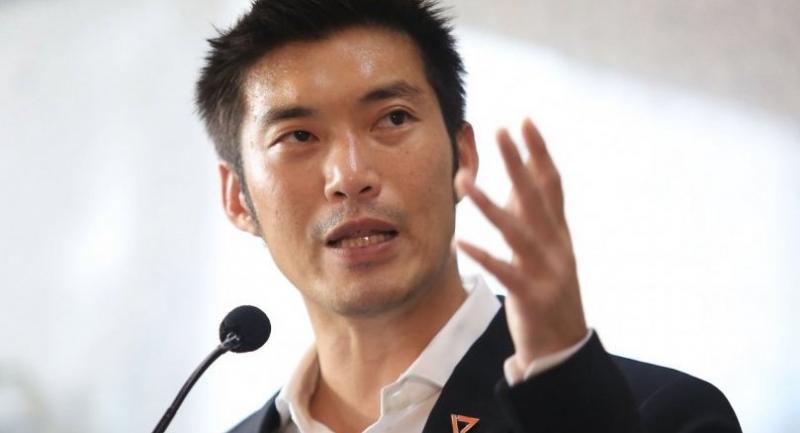 The pro-democracy camp was robbed of election victory due to unfair rules and Thais should be aware that the election is “just one step in a journey to democracy”, Future Forward Party leader Thanathorn Juangroongruangkit said on Thursday.

Thanathorn apologised for the party's failure to stop military’s power. “Today, we didn’t lose in this election, but our victory was robbed (due to the unfair rules),” he said.

He admitted that he had a little hope that the Democrat and Bhumjaithai parties have made the right decision. However, he said that the anti-junta allies did as they pledged and did not give up even though the rules were unfair.

“This election is just one step in a journey to democracy. We believe that our day will come eventually. Dictatorship cannot resist the wind of change and democracy. Thais will cry for justice. This election also shows that in order to block democracy, the NCPO has to spend a lot of money,” Thanathorn said.

“As hope is still with us Thais, please don’t lose it. We as politicians are going to move forward and campaign creativity in politics,” he said.

He thanked Thais and the anti-junta coalition for supporting him. Thanathorn was nominated as prime minister against PM General Prayut Chan-o-cha on Wednesday and gained 244 votes from anti-junta blocs. Prayut got 500 votes from the Lower House and his handpicked senators.

“It’s not the end, but a new beginning,” Thanathorn said.

“The result of the premier election shows that democrats and politicians have to work harder in order to prevent the next generation from an unfair and limited society,” he added.

Thanathorn, whose MP duty was suspended due to controversial case over media shares holding, said that as an opposition in parliament, the Future Forward Party's MPs will check the performance of the government, raise issues of people’ problems, push useful and advance laws, prepare for local elections and strengthen the party.