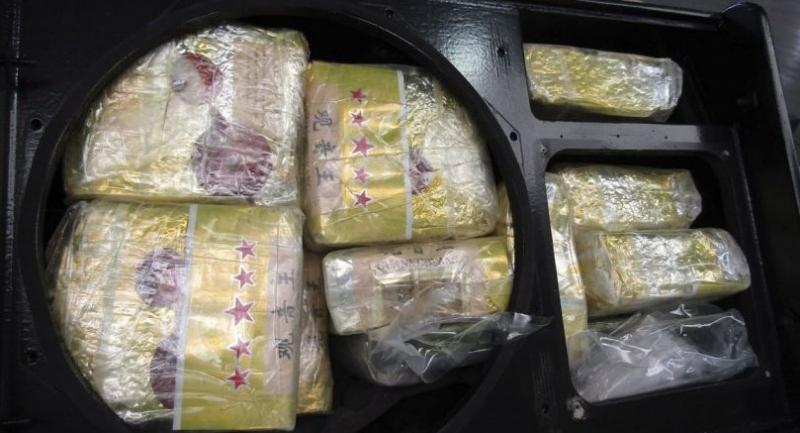 An undated handout photo made available by the Australian Federal Police (AFP) on 07 June 2019 shows sealed packages containing illegal drugs in sound speakers after they were seized in Melbourne, Australia. // EPA-EFE PHOTO

Australian police have seized a record US$840 million worth of the drug "ice" hidden in stereo speakers shipped from Thailand, officials said Friday.

Australian Border Force agents found 1.6 tonnes of methylamphetamine and 37 kilograms (81.5 pounds) of heroin in vacuum-sealed packages lodged inside the speakers after the shipment arrived in Melbourne, they said. "This is the largest meth bust we've ever seen in this country," border force commander Craig Palmer said.

The haul size demonstrates "the brazen nature of those involved in this criminal activity," he added. No arrests were made in connection with the smuggling operation and police appealed to the public for leads on who was involved.

Palmer said the seized ice had a street value of Aus$1.2 billion and was the equivalent of 10 percent of all the drugs seized by the border force in the previous year.