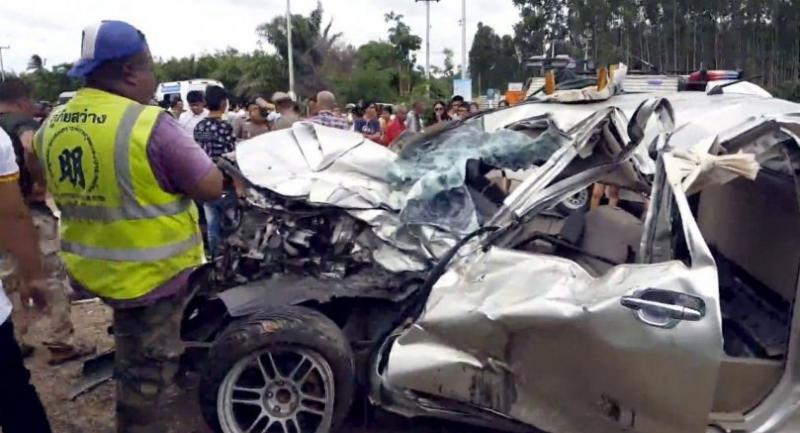 Initial police investigation found that the crane truck was returning after delivering metals to a check-dam construction site, located two kilometres from the scene, while the pickup was returning from a market and heading back to their hometown of Hua Hin district. The cause of the accident was under investigation, but police suspected that the pickup driver was possibly not familiar with the road as the intersection created a blind spot for both parties and they could not see the other in time to slow down, resulting in the fatal collision.