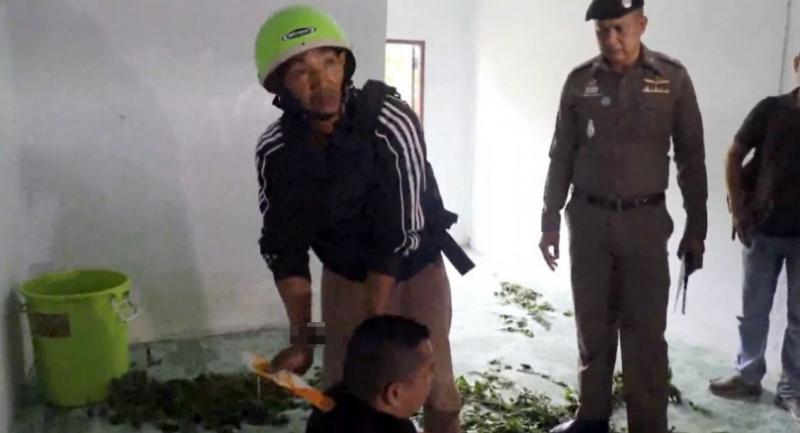 The man arrested for the murder of a 32-year-old woman who was stabbed to death in her rented room in Nong Bua Lamphu province will be brought to the premises on Monday for a reenactment of the crime.

The 43-year-old suspect Nara Somphan was arrested in Nakhon Ratchasima on Sunday evening while trying to flee by bus with his nine-year-old son, Muang Nong Bua Lamphu acting superintendant Pol Lt Colonel Peerasak Chaichanachotisin said. He later confessed to the murder, citing jealousy as his motive.

Nara reportedly admitted to police that he stabbed his wife Kittiporn Sompan, 32, with a pair of scissors during an argument. He and his son had arrived at the room along with their furniture intending to move in but discovered that she was apparently romantically involved with another man. Nara disposed of the murder weapon on waste ground near the scene and fled on a motorcycle along with the son to a bus station in Udon Thani province, hoping to place his son under the care of his mother.

The victim’s body with 4-5 stab wounds in her neck and three more cuts on the left of her chest was found on Sunday morning in the rented room where she had been living alone since June 1.