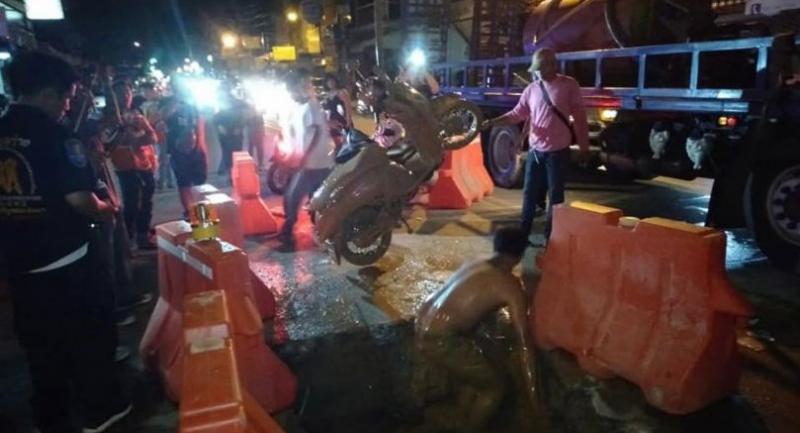 Three teenage girls were injured, two seriously, after crashing their motorbike into a mud-filled trench in central Pattaya at 2am on Sunday morning.

All three were on the same motorbike.

The Sawang Boriboon rescue team arrived at the scene and rushed two of the victims to Pattaya Memorial Hospital. The third teenager was also taken to hospital for observation.

The 2 metre-deep and 3m-long trench was only barricaded by plastic, without any lights. Witnesses said this “death trap” was the cause of many accidents, yet the authorities have done little to fix the situation.

A volunteer jumped into the muddy trench to retrieve the motorbike later.