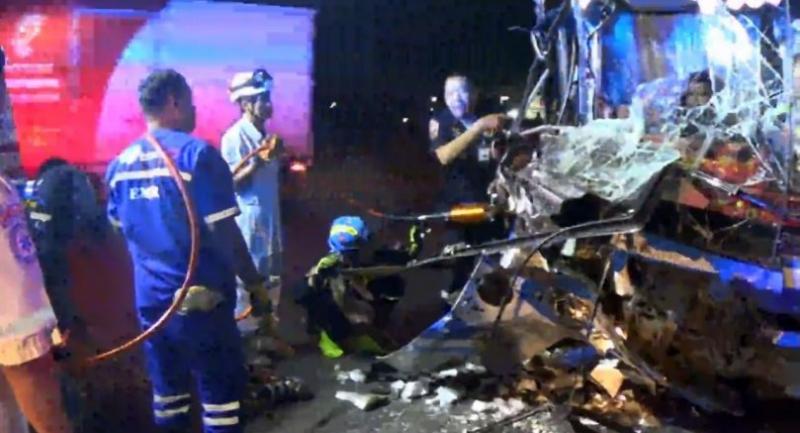 Four passengers were severely injured when a Phuket-Bangkok bus careered into a truck that was making a U-turn on a main road in Samut Sakhon early on Tuesday.

Police said the accident happened at a U-turn spot on the Rama II road in Tambon Bang Thorud, Muang district.

The air-conditioned bus smashed into a trailer truck being driven by Natthakit Kerdsak, 25. The bus had 25 people on board, including the driver and conductor. The four who were severely injured were identified as At Chanpan, 42, Sataporn Buaban, 40, Boonlert Kwansri, 34, and Nit Phothiwan, 37, who is a Lao woman.

The truck driver said that he was making a U-turn when he saw the bus approaching at high speed. It failed to stop and ploughed into the middle of his truck.