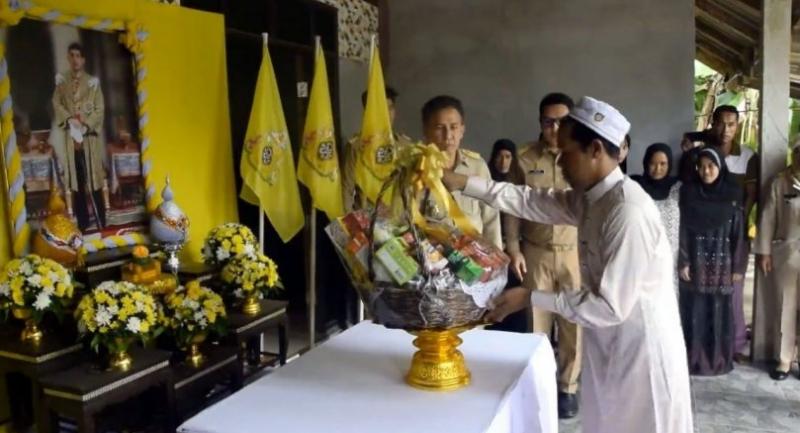 His Majesty the King instructed the Narathiwat governor to visit the families of two marine rangers killed by insurgents, and give them gifts and provide condolences on Tuesday.

Muhamad Risawan was killed as he was returning to his base after meeting his intelligence sources in Narathiwat’s Bacho district on May 26.

At 11am, the governor visited the home of slain marine ranger Somchai Choenchomphu in Narathiwat’s Sungai Kolok district and handed the gift basket to his uncle Rosita Yusoh. Somchai had been killed in the same ambush as Muhammad Risawan.

Both families said they were greatly honoured to receive gifts from His Majesty.