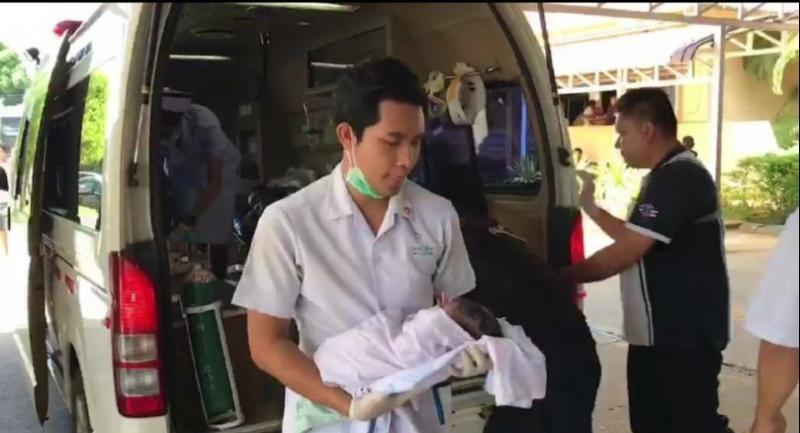 A woman in labour ended up giving birth inside an ambulance in Krabi on Tuesday.

Emergency responders had been notified that the mother was about to give birth at a house in Mueang Krabi.

When they arrived, 23-year-old Uraiwan Kaebut was already in labour and they decided to rush her to Krabi Hospital. But the baby wasn’t going to wait for those formalities, and decided to arrive during the ambulance trip.

Uraiwan’s husband said the healthy, bouncing baby boy was their fifth child and that his wife had never had any problems giving birth.

“She has even given birth in front of the house,” he added.