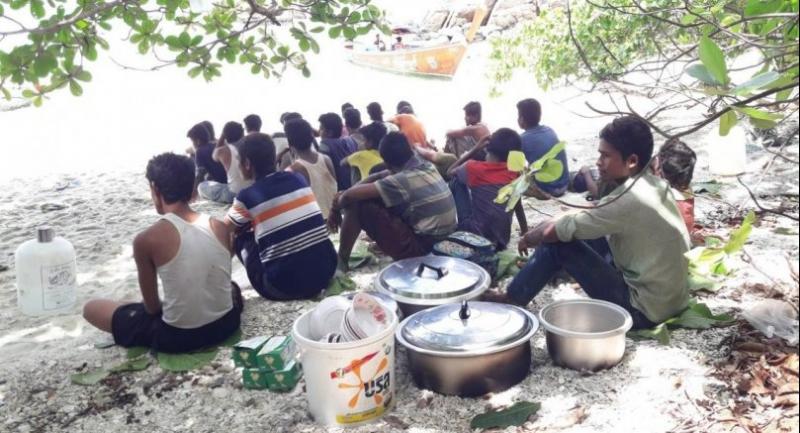 These Rohingya were spotted on Satun’s Rawi Island on Tuesday. A probe is underway to determine whether they are humantrafficking victims.

Authorities are now investigating whether the more than 60 Rohingya people discovered on Satun’s Rawi Island were victims of human trafficking.

Officials revealed that they had noticed a boat on the island on Tuesday and went to investigate. A source said the group was with a Thai national. The refugees have been provided with food and water, and will very likely face deportation.