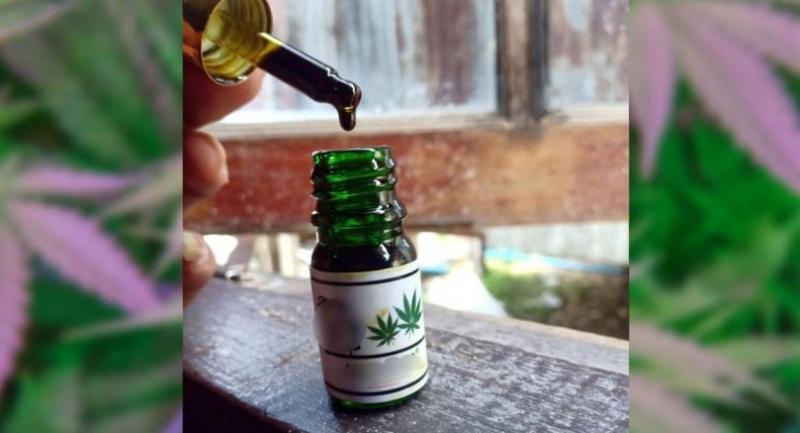 THERE HAS not been sufficient research to back a proposal to include cannabis oil on the National List of Essential Medicines, executives at the Department of Thai Traditional and Alternative Medicine (DTAM) said yesterday.

They also said that the 16 traditional marijuana-based medicines approved by the Public Health Ministry in April should first be considered for the list, they said.

The executives were responding to a call by 12 organisations, led by well-known campaigner and president of the Khao Kwan Foundation, Decha Siriphat, to include his formula of cannabis oil in the list.

The organisations made the demand when they wrapped up their 270-kilometre “Cannabis Walk” in Suphan Buri province on Sunday. The 20-day march, which kicked off in Phichit, aimed to bring attention to the benefits of medical marijuana.

The campaigners also called for Decha’s formula to be included in the National Health Security Office (NHSO)’s universal healthcare scheme. DTAM Thai Traditional Medicine Office director, Dr Kwanchai Wisithanon, said the matter would be brought for consideration by the authorities at a meeting this afternoon.

Kwanchai said representatives of Thai traditional medicine practitioners recently met with representatives from Chulalongkorn University’s Faculty of Pharmacy and members of Decha’s group. They discussed whether Decha’s cannabis oil should be approved for use under the Public Health Ministry’s special access scheme (in which approval will be granted on a case-by-case basis) like the 16 cannabinoid medications that were approved in April.

According to NHSO secretary-general Dr Sakchai Kanchanawattana, the universal healthcare scheme only allows medication to be prescribed after it is included in the National List of Essential Medicines. That provision will also apply to cannabis oil, he said.

It is not easy to get a medication included on the list, DTAM deputy director-general Dr Pramote Stienrut said. Multiple steps are required, along with a key requirement that a sufficient number of credible studies be conducted on a large sample of people, in this case some 2,000 to 3,000 locals, because once the medicine is approved it will be used by the general public. The quality of the medicine will also be tested to ensure it is up to par before being submitted for consideration by a sub-committee of the National List of Essential Medicines and the National Drug System Development Committee.

The 50 formulas listed more than six to seven years ago were included because they originated from Thai local wisdom, and public hospitals had produced and used them for more than a decade, he said.