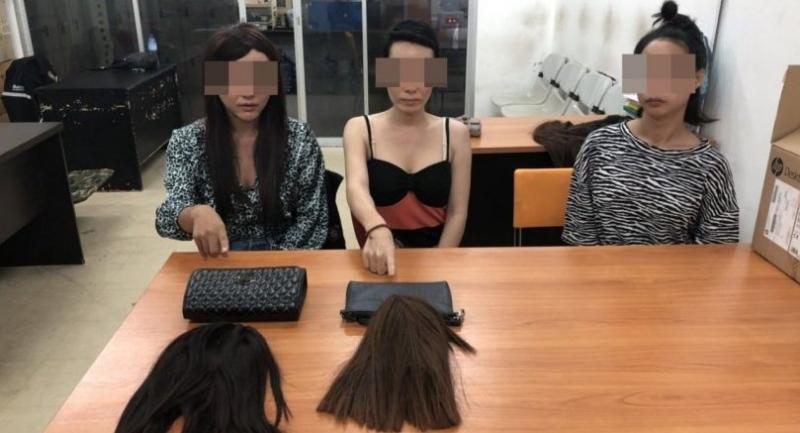 Three ‘ladyboys’ were arrested in Pattaya on Wednesday for allegedly stealing wallets and gold necklaces from two Indian tourists earlier this month. The two tourists told police that while they were walking back to their hotel on Khao Phra Tamnak at night, the three approached the tourists and hugged them briefly before leaving on motorcycles. The two tourists found their wallets, containing about Bt30,000 in cash, and gold necklaces had disappeared.

Security cameras identified the suspects, leading to their arrest at rented rooms on Soi Wat Thammasakhi and Soi Setthi in south Pattaya.