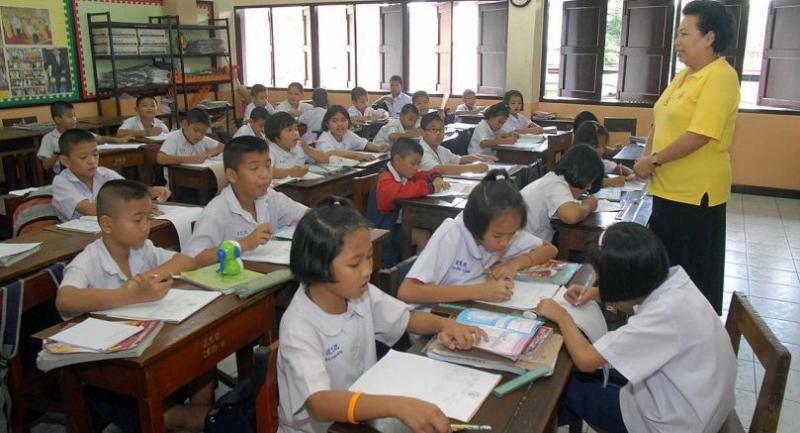 Education fund targets over 500,000 kids not studying for different reasons.

SOME 35,000 children of different ages who are not in school look set to receive help from an area-based project, which is being implemented by the Equitable Education Fund (EEF) in 20 provinces.

According to him, statistics show that about 10 per cent of children aged between three and six have not been enrolled in school. This group numbers about 250,000 across the nation, or an average of 3,200 in each province.

This is in addition to the 592,396 children between ages three and 17 who are not in school.

“It is these children who are our targets,” Patanapong said. “We will provide funds and collaborate with relevant organisations to ensure that they do not just receive education, but are also provided with other necessary help.”

“Provincial authorities are mainly responsible for the implementation of the project,” Patanapong said, adding that he is confident that some 35,000 youngsters between the ages of three and 21 who are out of school will receive help from the initiative this year.

This project aims to integrate efforts between relevant authorities and civil networks, develop an efficient database to cut down on educational inequalities and create models to boost educational opportunities.

Nakhon Nayok governor Nattapong Sirichana said records showed 30 per cent of children in his province faced the risk of being uneducated.

“Many have family problems, some are orphans, while others come from split families,” he said.

According to him, the youngest drug trafficker in this province is just six years old, while the youngest mother is 13 years old.

“Through our collaboration with EEF and other allies, we have sought proactive measures to deliver timely help to children in need. Strong human development will let the province prosper. Not a single child should be left out,” Nattapong said.

Kraisak Woratat, a senior official at the Roi Et Provincial Administrative Organisation, said it will be necessary to update information about children in real time.

“Schools usually start recording dropouts when children turn 15, but in reality, many children stop coming to school when they are in Mathayom [Grade] 2,” he said.

He added that local agencies know best about local children, so they should be tasked with bringing dropouts back to school.

“At the very least, these youngsters should be given vocational training,” he said.