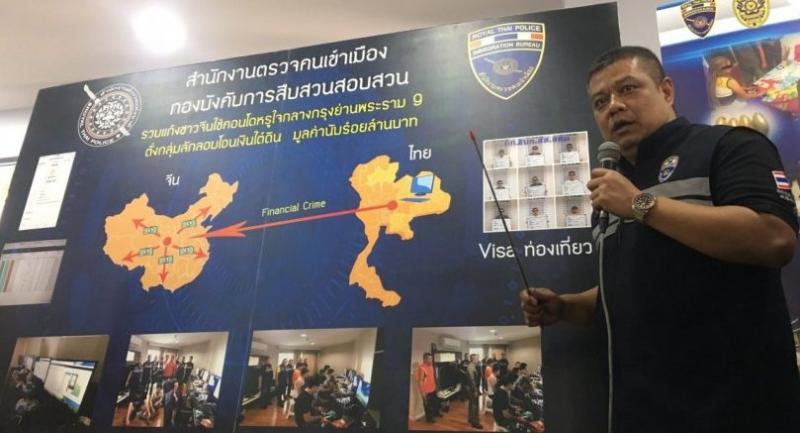 Nine Chinese men have been arrested in two apartments in Bangkok's Phraram 9 for allegedly making illegal transactions for online gamblers in China, the immigration police said on Thursday.

Col Kritmongkut Buranaphakdee, an inspector at the Immigration Police Bureau, said reports were received that the Chinese men were behaving suspiciously and never left the two condominium rooms.

Kritmongkut said a Chinese man who answered the door to police was restrained before he could turn off the computers. Police found seven men in the first room with five computers they were using to make online transactions.

Kritmongkut said the men admitted that they were hired for Bt150,000 a month each to carry out online transactions for a businessman in China.

Most of the clients earned money in digital currencies through online gambling that would require complications and high costs for converting into yuan so they hired the group to make the transactions for them.

The nine Chinese citizens had been blacklisted and would be deported, Kritmongkut said.