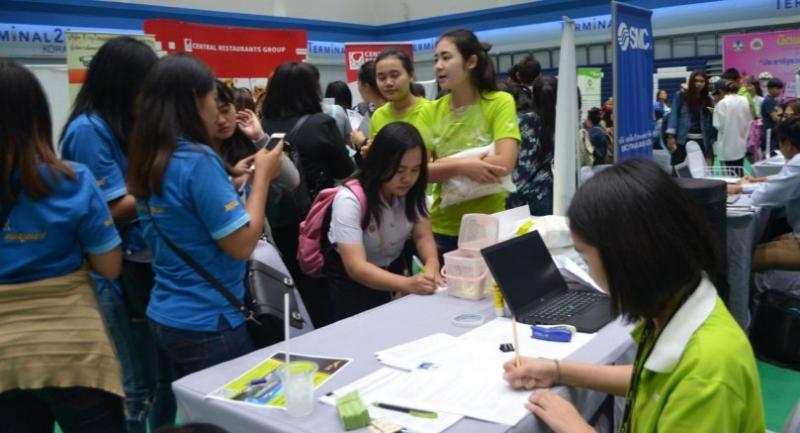 A recent study found that over 400,000 Thais under the age of 18 spend at least one hour a week labouring either for wages, other benefits or simply to ease their parent’s workload.

“Nearly half of the youngsters are no longer in school,” Vivathana Thanghong, director-general of the Labour Protection and Welfare Department, said yesterday.

Of the working children, 177,000 are considered labourers because of the time they devote to working each week.

Also worrying is the fact that nearly one in four of the child labourers engage in dangerous work, such as carrying heavy items, handling hazardous chemicals, working in extremely hot or cold temperatures or in areas with heavy noise pollution or working during rest hours between 10pm and 6am.

Vivathana released the figures from a 2018 survey to mark the World Day against Child Labour on Wednesday.

He said the top three causes of child labour a wish to ease their family’s workload, need to generate supplementary income for their family and lack of interest in studies.

The July to September survey last year involved 26,643 families with children aged between five and 17.

“According to the findings, it can be concluded that about 225,000 children work anything from 15 to 48 hours weekly,” he said.

The survey also revealed that 189,000 children worked in the agricultural sector, while 161,000 others served in the trade and service sector.

Vivathana said 71.9 per cent of child workers were boys, and most were between the ages of 15 and 17.

Overall, Vivathana said, the Kingdom’s situation in terms of child labour has improved, with the number of young workers dropping from more than 300,000 in 2015 to less than 180,000 now.

Thailand is also ranked in the best category in terms of progress against the worst forms of child labour. Prepared by the United States, the report on the issue has put Thailand in the highest “significant advancement” for many years consecutively. Just 17 of 132 countries have, so far, received this recognition.

Vivathana urged parents not to push their children into the labour market just because they need extra income for their family.

“Children should be in school for proper growth and development,” he said, adding that employers should also recognise that hiring poor children does not mean they are helping the children.

Vivathana said while government policies play a crucial role in protecting children, other sectors of society must also help bring an end to child labour.