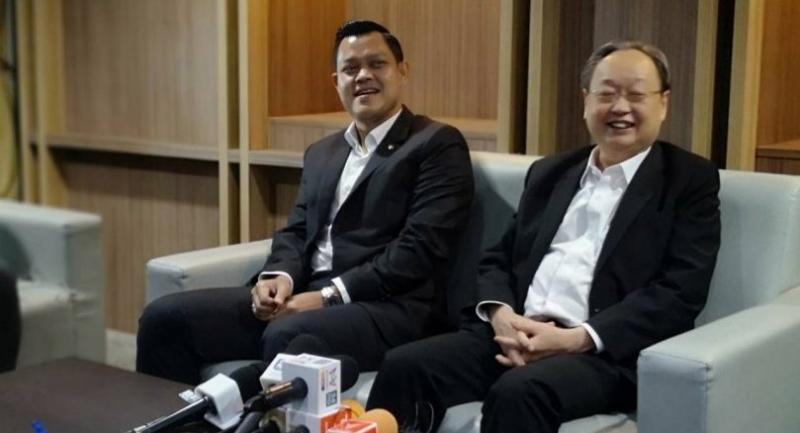 Phalang Pracharat key figures Sontirat Sontijirawong, right, and Thanakorn Wangboonkongchana talk to the press on Friday after news has circulated about the change of the party’s executives. Nation/Prasert Thepsri

Though the cabinet has yet to be formed nearly three months after the elections, the secretary-general of the pro-junta Phalang Pracharat Party tried to put a positive spin on it yesterday, saying portfolios will be filled some time next month.

Sontirat Sontijirawong told reporters that there has been good progress, even though the past week was rife with confusion, rumours and leaks about the shifting fortunes of politicians and the coalition.

Phalang Pracharat, he said, had already submitted its ministerial candidates to Prime Minister General Prayut Chan-o-cha and is awaiting his approval. He added that some positions had more than one candidate, so Prayut had a choice.

The list has also been submitted to the Cabinet Secretariat, so candidates’ qualifications can be checked, he said.

Other coalition partners, such as the Democrat Party, are expected to submit their lists soon, he said, adding that everything was now in the hands of the prime minister. The setting up of the Cabinet has taken such a long time because of horse-trading and disagreements among party MPs. Sontirat admitted that conflicts have occurred, but he said this is common given that Phalang Pracharat has more than 100 MPs. He pointed out that some are satisfied and some dissatisfied with the arrangement, but he added that the selection would be based on merit.

Democrat leader Jurin Laksanawisit also told the press yesterday his party was working on its list and should have it ready for Prayut by the end of the day.

As for rumours about Prayut taking over Phalang Pracharat’s leadership and having his close colleague, incumbent Deputy PM General Prawit Wongsuwan, take over as chair of the party’s advisory committee, Sontirat said the party has had no talks about such changes in the executive board.

He said the party has neither asked Prayut to become its leader nor has it discussed the matter, but if Prayut does want to take over the party leader’s post, it would be good news.

Sontirat refused to say if installing Prayut and Prawit in leadership positions would prove that Phalang Prachart was a means for the junta to retain power.

He only said it was still unclear if the former junta leaders would take these positions.