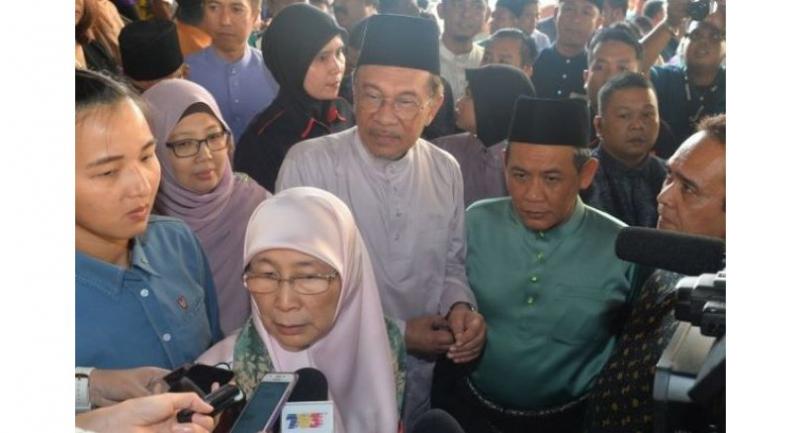 She said she rejected any practice of gutter politics as she had experienced it before.

"I reject 'gutter politics' because I have been through it (and) I sympathise with Azmin's family," she said when commenting on the confession by Santubong PKR Youth chief Haziq Abdullah Abdul Aziz that it was him in the sex video.

He also alleged that Azmin was the other man in the video, but the minister has categorically denied the allegation.

Dr Wan Azizah stressed that there was no place for dirty politics as all parties needed to focus on developing the country.

"We Malaysians have to think more about everything because we want to develop our country," she told reporters after the Aidilfitri open house hosted by her husband Datuk Seri Anwar Ibrahim, who is also Port Dickson MP, here Saturday night (June 15).

Meanwhile, Anwar, when asked about claims that the video was created by him and PKR vice-president Rafizi Ramli, said such talk was slander.

"What's the reason for us to do such a thing? Some say it was due to threat, what threat?" said Anwar, who is PKR president. – Bernama