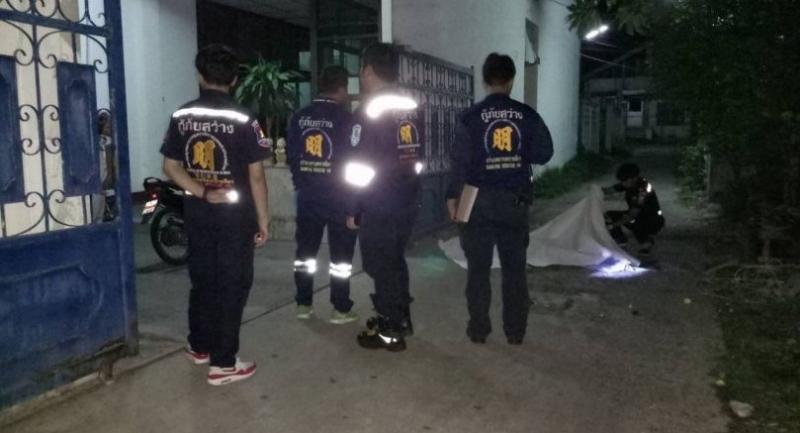 A man suffering from depression and chronic illness jumped to his death from the rooftop of a five-storey apartment building in Nakhon Ratchasima’s Muang district early Monday, police said.

The Muang Nakhon Ratchasima police station was alerted of the death of Pornthep Phannawiroj, 59, at 4.30am.

His lifeless body was found on the ground outside the Korat Apartment Building on Nong Bua Rong road in Tambon Nai Muang.

Police checked his room on the second floor and did not find any traces of a struggle. An examination of the rooftop revealed only his footprints.

His sister, Siriporn Phannawiroj, told police that she came to pick up Pornthep to take him to Nakhon Ratchasima Hospital for his monthly visit but instead found police and rescuers at the scene. She checked and discovered her brother had died in an apparent suicide.

Siriporn said her brother had moved from Bangkok to work at an insurance office and rented a room in the building. She added that he suffered from chronic illness and frequently said he no longer wanted to live.