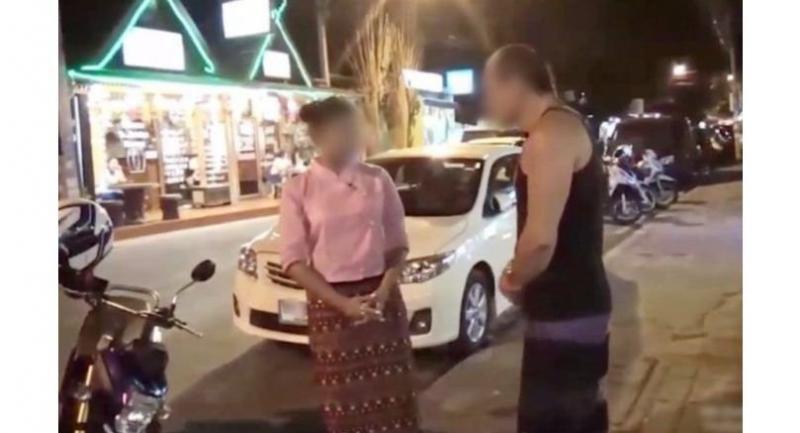 Pol Major Natthawit Jaichomchen, an inspector at the Chiang Mai Tourist Police Station, said police are coordinating with the Ministry of Digital Economy and Society to block the website on which this clip was being published.

The video, titled “Thai VIP Massage”  showed the woman playing the role of a local massage shop worker, providing a massage followed by sex service to the man, who portrayed a foreign tourist. The clip enraged many Thai netizens, especially Chiang Mai residents, who felt that the image denigrates the local culture as well as giving a wrong impression of Thai massage, and prompted them to call for a police investigation.

Over the weekend, police visited the locations that appeared in the clip including a massage shop in the Kham Phaeng Din where the woman, dressed in traditional Lanna-style clothing, and the tourist talk outside before the video clip cut to the sex scene.

Natthawit said the massage shop owner and employees insisted they had nothing to do with the film and that they had never seen the two actors in the clip.

They also told police the clip must have been filmed a long time ago as a decorative arch near the shop front that appeared intact in the film was damaged in a car accident in November 2018. They also said that the woman in the clip wasn’t a real masseuse as she didn’t perform the body massage correctly.