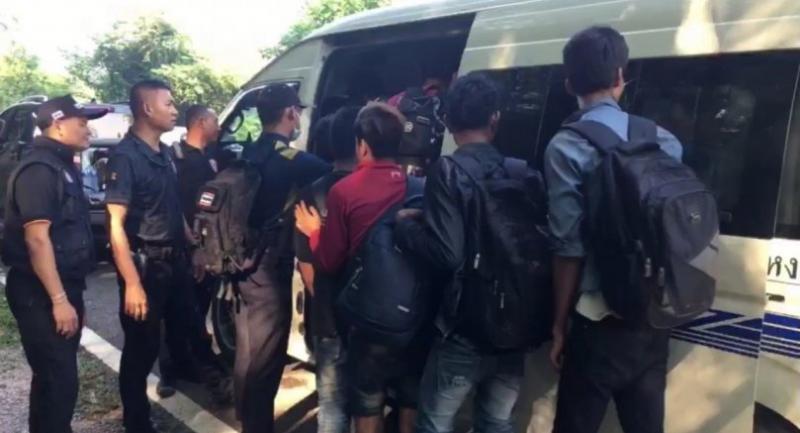 The first five face several charges including human trafficking, while the Meechaikuns have been charged with sheltering and helping illegal migrants evade arrests.

Pol Lt-General Sanchai Sunthornburana, who leads the police Information and Technology Office, said the nine illegal migrants had been forced to work under slave conditions at sugarcane plantations between August and September 2017.

“They each paid the traffickers between Bt20,000 and Bt25,000 to enter Thailand, but found themselves in jobs that were very different from what they had been promised,” Sanchai said.

The victims told police that they were intimidated into staying at the sugarcane plantations.

“In the end, they managed to escape and came to the Myanmar Embassy in Bangkok to seek help,” he said.

The embassy then contacted the Anti-Human Trafficking Division, which put the victims under protection at a facility in Pathum Thani in late 2017.

Based on the victims’ complaints, investigators were led to CBS World Company Ltd in Bangkok’s Lak Si district, where fake passports and fake visa stamps were found and seven suspects arrested.