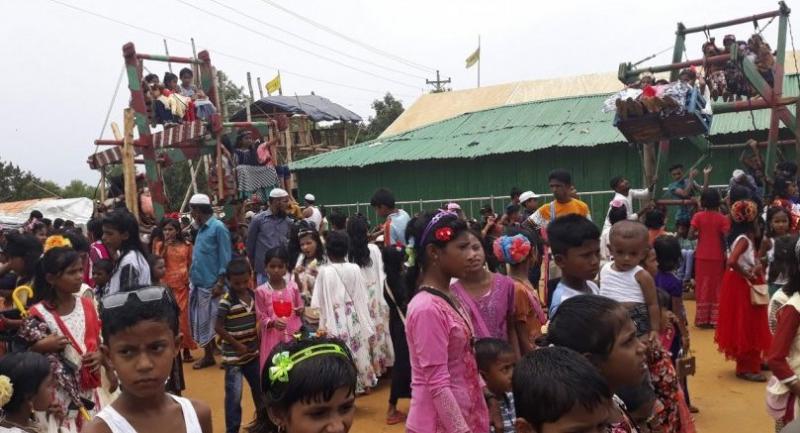 Asean urged to use its influence on Myanmar to seek accountability for atrocities and ensure their safe return.

INTERNATIONAL human rights organisations are calling on Asean to pressure Myanmar into allowing the ethnic group to participate in the process of their safe return.

Asean could persuade Myanmar to take effective steps to improve the situation on the ground first, said Laura Haigh, a researcher on Myanmar affairs at Amnesty International.

“Asean has failed to respond to the scale and gravity of the crisis, and this marks a stain on the bloc’s credibility,” Haigh told The Nation yesterday.

She added that Asean should use its influence to push for a full and unfettered humanitarian access to Myanmar’s Rakhine state, hold them accountable for the atrocities and remove restrictions on the Rohingya – particularly on their free movement that has prevented them from accessing education, healthcare and places they rely on for livelihood.

“Asean should also make clear that there must be accountability for the atrocities and join international calls for Myanmar to be referred to the International Criminal Court,” she said.

Amnesty International has huge concerns about the repatriation process, not least because Rohingya refugees have yet to be consulted and included in the discussions, she said.

“As it stands, Rakhine state is not a safe place – there has been virtually no accountability for the atrocities, and the apartheid system, which stripped the Rohingya of their rights, remains in place,” she said. Haigh also noted that their return cannot be safe, voluntary or dignified until the Rohingya are included in discussions about their future.

Asean officials should themselves take time to speak to the Rohingya, Matthew Smith, co-founder and chief executive of Fortify Rights, said

“A lot of people are talking about the Rohingya returning to Myanmar, but none of those people are Rohingya themselves. That needs to change,” he said.

“The Rohingya deserve a seat at the table, whether the issue is humanitarian aid, accountability and justice, return of refugees or any other issue affecting their lives.”

Smith said Asean must provide an accurate assessment of conditions in Rakhine, which he considers an apartheid state where mass atrocities are taking place.

“To pretend the environment is conducive for the return of the refugees is a wilful denial of the truth,” he said.

Asean should also hold the perpetrators of human-right violations in Rakhine state accountable, he said, adding Myanmar officials only trust Asean on issues related to Rakhine.

If Myanmar is serious about repatriation, it should also amend the 1982 Citizenship Law so that Rohingya people have full access to citizenship, he said.

He added that the authorities should close down existing internment camps, lift restrictions on freedom of movement and cooperate with international investigators and prosecutors so those responsible could be made accountable.

“At this point, any talk of repatriation is a farce. Myanmar wants the world to believe it’s done nothing wrong and that it’s welcoming the Rohingya with open arms. The reality is nasty,” he said.

“Any returns would have to be voluntary, safe and dignified, and Myanmar is not prepared to offer any of that.”

Aung Tun Thet, chief coordinator at the Union Enterprise for Humanitarian Assistance, Resettlement and Development in Rakhine, told The Nation yesterday that Myanmar had already opened the doors for returnees.

“Bangladesh and some international organisations have long accused us of our attitude towards the Rohingya. This is not strange because they always rely on such political attacks,” he said.

“No matter how hard we try to ensure peace and stability in Rakhine state, they will keep on talking like this. So, we don’t mind what they talk about, what we really mind is finding the best possible way to welcome back the returnees.”

According to a recently leaked report jointly conducted by Myanmar and Asean, the nation aims to accept between 500,000 and 740,000 refugees within two years.

When asked if this was an ambitious target, Aung Tun Thet said, “This comes from systematic research, and we are all trying to make the whole process smooth. We see no reason to assume it is impossible.

“But, it will entirely depend on the returnees themselves. We have created a better environment for them, ensuring some job opportunities once they return. It is now up to them whether or not they will return to lead a better life,” he said.