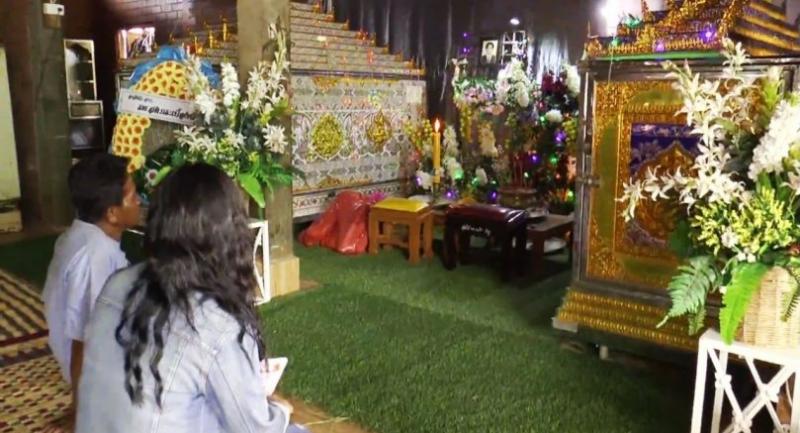 A man was arrested on Tuesday for allegedly murdering his parents while he was under the influence of drugs at their house in Nakhon Ratchasima’s Muang Yang district on Monday.

Winus Pimsai, 45, was nabbed while hiding in a rice field behind Moo 3 village in Tambon Krabuang Nok at 10am. Police said the suspect went into hiding after allegedly slitting the throat of his father, Thong-in, 73, and stabbing his mother Thasi, 72.

Neighbours told the police that Winus was always drunk and high on meth, and usually quarrelled with his parents.