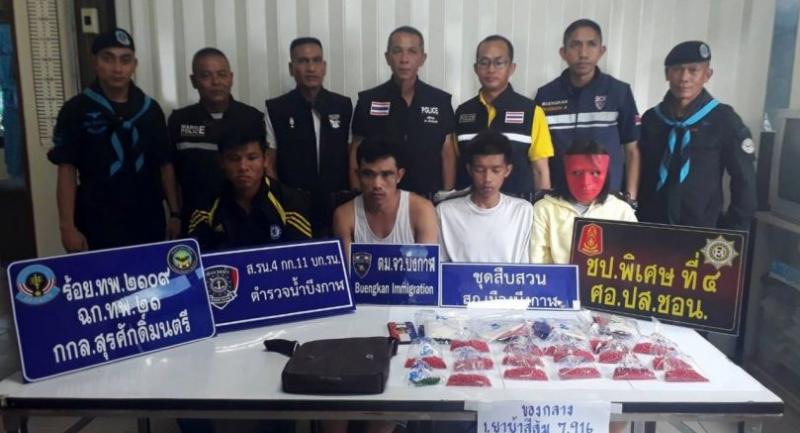 Provincial police chief Pol Maj-General Thiwa Boondamnone said police had learned that a courier from Laos was going to deliver drugs on the Bueng Kan-Ban Paeng Road in Bueng Kan’s Muang district, and upon checking, the officers found the Laotian waiting at the bus stop with the drugs. He said he had been hired to deliver the package in Bueng Kan.

While police were talking to the man, his phone rang and on the other side was one of the three suspects asking about the drugs, and was told to show up at the bus stop to take delivery. The three Thais were nabbed when they came to pick up the drug.