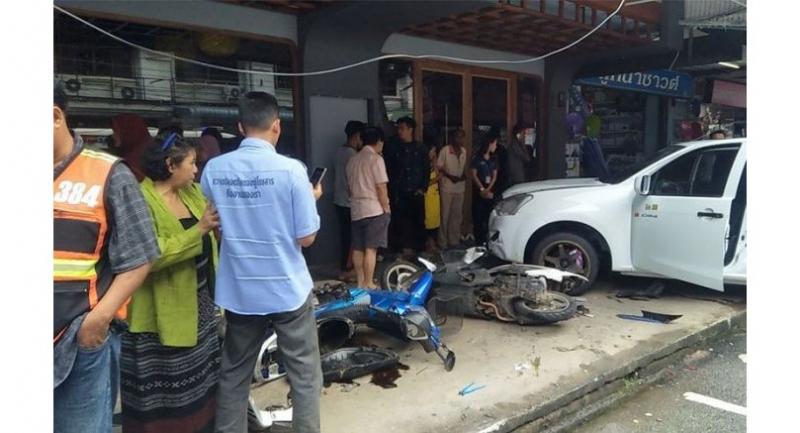 A foreign tourist suffered severe injuries and another was slightly injured when a pickup truck slammed into them at a road junction in Krabi’s Mueang district on Tuesday, after the driver had lost control.

They did not give details of his nationality.

The other tourist, who was not identified, suffered chest pain.

The two were rushed to Krabi Hospital following the accident, which occurred at the Manus Boran intersection on Maharaj Road in Tambon Paknam.

A witness, Patchara Sukhum, 26, told police that he had seen the pickup surging forward from the junction, before going into a spin and hitting two foreigners on the pavement.

It then crashed into an electrical-appliance shop, he added.

The pickup driver, identified only as “Ae”, was arrested and charged with reckless driving causing injuries and damage to other people’s property.

He told police that when the traffic lights at the junction turned green, he had pulled away but then lost control, with his truck spinning and slamming into motorcycles parked in front of the electrical store – and hitting the two tourists.