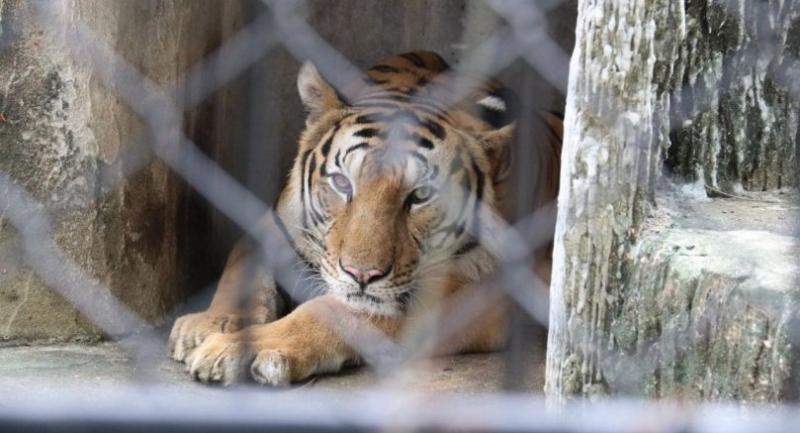 Officials are conducting a full investigation after a social-media video clip of a tiger chained at Phuket Zoo claimed that the animal had been drugged for photos with the public.

Phuket officials on Monday inspected the zoo after several complaints on social media that a tiger had been chained and drugged for the benefit of tourists wishing to take photos. However, they found no tigers in the area featured in the video clip.

Phuket Zoo manager Pichai Sakunsorn said the zoo had moved two tigers back to their cage after the social-media complaints. He denied drugging the tigers, but said the two animals were used for tourists to take photos and were familiar with the daily experience.

“We have to chain those tigers for the safety of tourists,” he added.