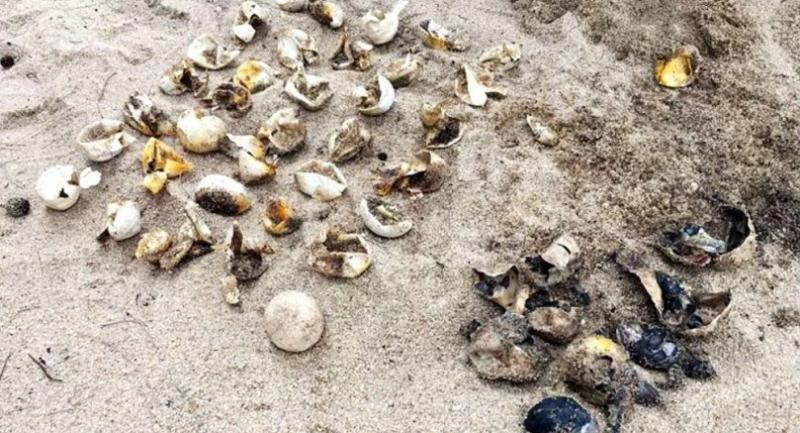 Above the nest were two empty eggshells, evidence that two of the protected turtles had survived.

But when officials dug up the nest they found that the 75 remaining eggs had failed to hatch and gone rotten.

Atichart said the embryos had likely died due to unsuitable weather conditions and days of heavy rain. Moreover, the mother turtle was apparently inexperienced, as it dug the nest too deep at about 60 centimetres down. The sand at the bottom of the nest was also packed too tight to allow air to circulate, he added.

Sureerat said it was unfortunate that nearly all of the eggs did not hatch. She said local villages had spotted traces of nesting green sea turtles every year, but authorities had not previously monitored the eggs.

This year, local residents spotted three other nests on the three-kilometre-long beach and had been taking turns to monitor the nests.

Kitiwong Saengsuwan, a local volunteer, said they needed advice from authorities on how to tell when the eggs were due to hatch so that the hatchlings could be dug up in time.