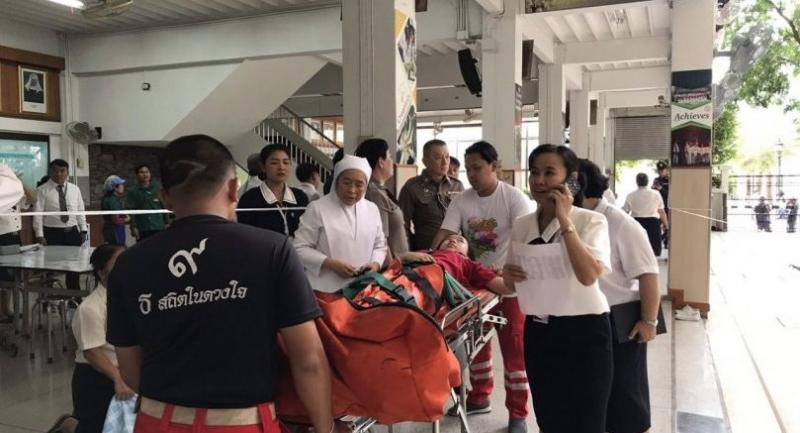 Ten students were injured when the crane at a building site next to a Bangkok school broke and fell, causing construction materials to fall through the roof of the school’s basketball court on Wednesday, police said.

The Bang Rak fire station and the 199 emergency radio centre were alerted of the accident at Assumption Convent School in Bang Rak district at 10am. Concrete and metal sheets fell through the roof of the ball court after a crane on the top of a building being renovated at the River Garden Hotel broke and fell. The crane remained stuck at the top of the building under renovation.

Some materials also fell on and damaged a pick-up truck outside the court.

All the injured were girl students. Seven of them were rushed to Lerdsin Hospital and three others to Saint Louis Hospital.