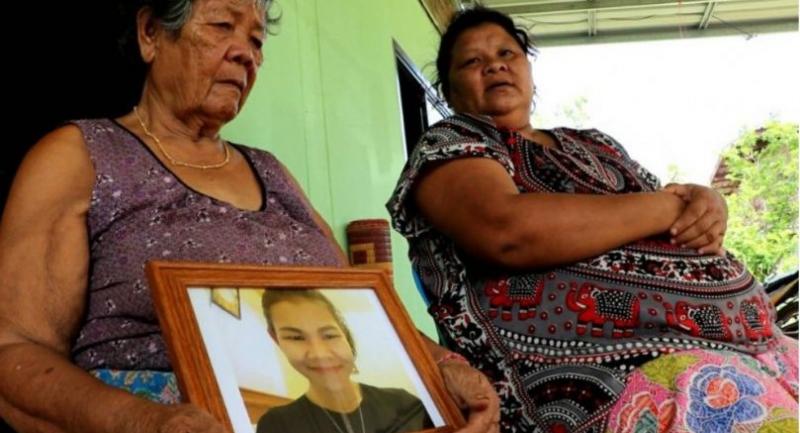 By Wichit Chunhakitkhajorn
The Nation

The Surin family of a 41-year-old female masseuse who was murdered and dismembered in Portugal in March called for the authorities to transport her remains back to Thailand for religious rites.

"We've been waiting for more than three months. My 76-year-old mother is getting sick out of grief, crying every day and being unable to sleep or eat well," said the victim's elder sister, Somwang Jai-ngam, 46.

She said the brutal murder of Natchaya Jenjob, a key provider for the family, led to the death of their 86-year-old father Miad Jenjob on April 14. The family said it was told the Royal Thai Embassy would provide an update on the body’s transport later.

"We want her body returned to Thailand for religious rites but that involved a lot of money which our family, which is already struggling to make ends meet on daily basis, couldn't afford," the elder sister said. "We wish the authorities would speed up the process to bring her home and to punish the murderer. “There is no progress, just a phone call from my brother saying it may take another six months because the rest of her remains had not been found," she said.

Natchaya travelled to work overseas two years ago and had been supporting her family in Thailand. Her head was found on March 7 at the Leca da Palmeira beach in the north of Portugal and her female compatriot, with whom Natchaya reportedly partnered in running a massage parlour, was later arrested and confessed to the brutal murder and dismemberment of Natchaya over a dispute over €10,000.