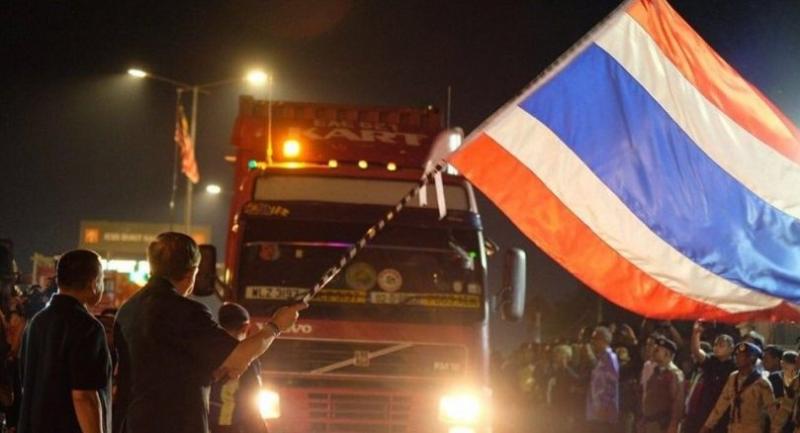 The three-month-trial service that started early Tuesday morning is only for cargo and goods, according to the Thai Foreign Ministry's Facebook page.

Chaisiri Anamarn, an adviser to the foreign minister, co-chaired the midnight launching ceremony by flagging off the lorries to pass the border. The Malaysian side was represented by Deputy Foreign Minister Marzuki Yahya.

It is seen as a step forward in Thailand and Malaysia‘s joint efforts to promote around-the-clock coordination and seamless connectivity along the border.

Malaysia’s Foreign Ministry said in a statement that this was in an effort to further enhance connectivity, investment and flow of trade.

"The 24-hour operations will be conducted for a three-month trial period, involving only cargo and goods movement carried by trucks and heavy vehicles,” it said.