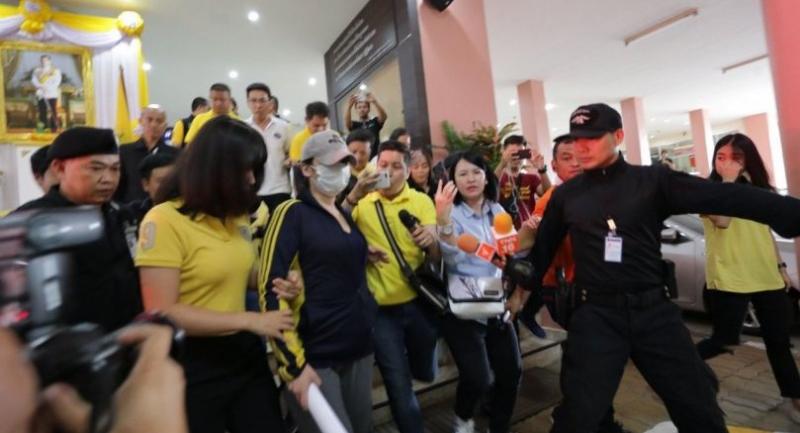 FORMER pop star Prissana or Priscilla “Pookie” Gemelli has yet to implicate anybody in relation to her drug-trafficking charges, police said yesterday, but said they still needed to investigate the origins of the Bt10 million that circulated via her bank account over the past two or three years.

The former singer and her husband were arrested on Monday night for allegedly selling 5.17 kilograms of ketamine to a Taiwanese man, who was nabbed earlier in the day.

Pol Lt-General Chinnapat Sarasin, commissioner of the Narcotics Suppression Bureau (NSB), said he had tasked his deputy Pol Maj-General Chatree Paisalsilpa with spearheading the investigation to see if more accomplices could be found.

He said the NSB would coordinate with its counterparts inTaiwan to find one more suspect, who reportedly left Thailand before the bust.

Police took Prissana, 40, her husband Chonlawit Kitatrakul, 49, and their Taiwanese customer Hung Cheng Yi, 28, to Ratchadapisek Criminal Court to apply for their first 12-day detention period and opposed bail based on the seriousness of the alleged offences.

A senior police official said Prissana had been cooperative, admitted to having abused drugs for 10 years and said her arrest had put her family in jeopardy.

Chinnapat said Prissana admitted to having negotiated with the Taiwanese man and arranged for a supplier to give the drugs to her husband so he could deliver them to Hung at a hotel in Lat Krabang district. However, the police official said the information she had provided on the pick-up location was unclear.

Chinnapat said police believe the baking soda and salt found in Prissana’s home was used to increase the volume of drugs in order to make more money, although this contamination probably affected the quality of the product.

Prissana and her husband were arrested on Monday night with 98.3 grams of crystal meth, eight meth pills, 10 ecstasy pills, 4g of ketamine and 40g of marijuana at their home in Bang Khen district. Their arrests came hours after drug-suppression police arrested Hung in Lat Krabang with ketamine hidden in 39 ashtrays packed ready for shipment to Taiwan.