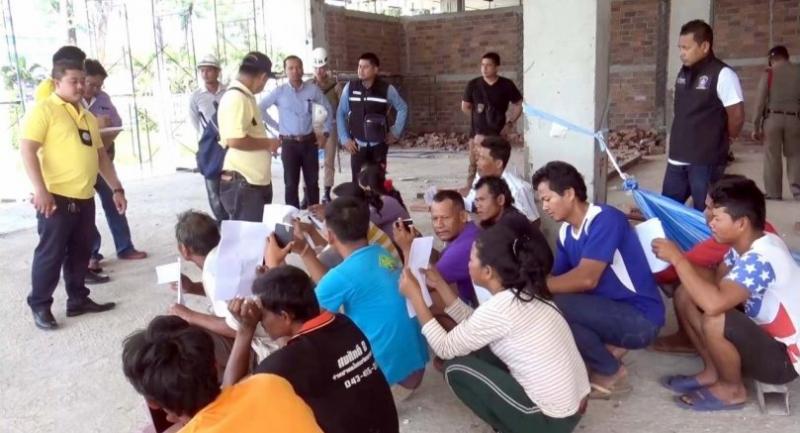 THE DEPARTMENT of Employment has fined migrants and employers around Bt41 million over the past year after workers were found working without permits in jobs that were either reserved for Thais or for which they had not been registered, the DOE chief said.

Director-general Phetcharat Sin-uay said her department regularly checked on migrants to see if they were working illegally or outsides their registered jobs.

Phetcharat said the provinces being monitored were Samut Sakhon, Pathum Thani, Samut Prakan, Phuket, Surat Thani, Songkhla, Chiang Mai and Bangkok, adding that officials checked 417,546 migrants over the past 12 months and found that 6,647 working were illegally. Of the illegal workers, 4,250 came from Myanmar, followed by 1,050 Cambodians, 665 Laotians, 349 Vietnamese and 333 other nationals.

Phetcharat said migrants found working in a job that is different from the one specified on their work permit will be fined Bt5,000 to Bt50,000. She said migrants cannot work as vendors, as sales persons, security officers, motorbike taxi drivers, masseuses or beauticians.