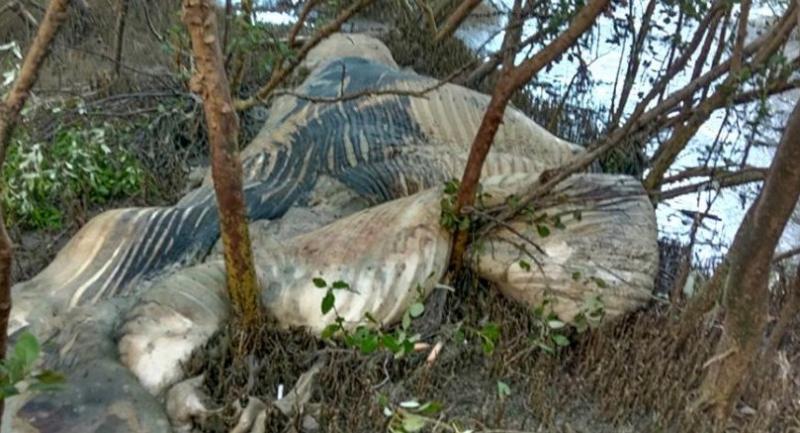 The rotten carcass of a Bryde’s whale was found in a mangrove forest on the coast of Samut Prakan’s Phra Samut Chedi district on Thursday morning.

The 10-metre-long carcass had washed some 20 metres into the forest.

Officials estimated that the whale might have died at least 20 days ago. It appeared to be around four to five years old and weighed about 20 tonnes.

The office for the conservation of marine resources along the upper Gulf of Thailand coast sent a boat to tow the carcass ashore for dissection to study the possible cause of the death.

Officials from the office said there are about 50 Bryde’s whales in the Gulf of Thailand that have been spotted in Samut Prakan and nearby provinces.

The latest carcass was the third whale found dead in Samut Prakan in 12 years.