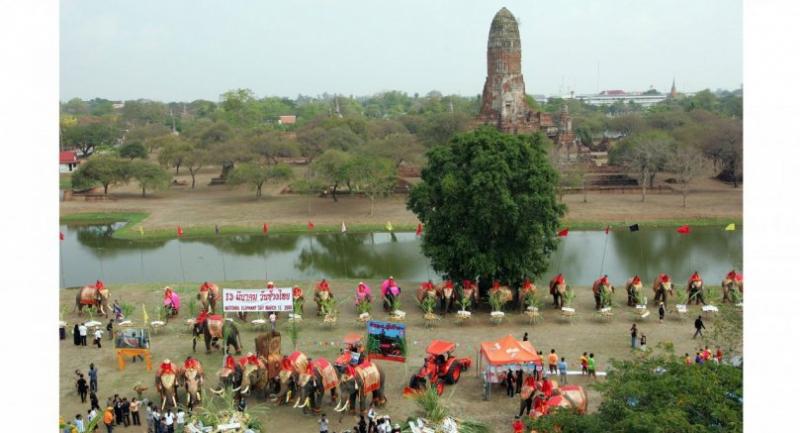 Elephant rides that have been a major tourist attraction for decades, may soon be forced out of Ayutthaya Historical Park.

The Ayutthaya Elephant Palace and Royal Kraal, which presents pachyderm tour activities, has been told to vacate its location inside the historical park within 30 days.

“Humans and elephants alike will be adversely affected,” Laithongrien Meephan, operator of the elephant palace, said on Thursday.

Mahouts and people working in related businesses such as tour guides and tuk-tuk drivers, will suffer if the elephant palace shuts down.

“We have been together for more than 20 years,” Laithongrien said, adding that during that period 83 elephants have been born at the park.

He said he initially leased an area in the park on an annual basis from the Treasury Department before the land plot was handed over to the supervision of the Ayutthaya Historical Park.

“Following the transfer, we donated Bt10,000 a month to the historical park,” Laithongrien said

Sukanya Baonoed, the director of the park, said the lease contract with the elephant palace had ended and “we need to reclaim the area for landscape improvement.”

Ayutthaya Governor Sujin Chaichumsak, suggested that the representatives of the historical park and the elephant palace should explore options and come up with a solution.