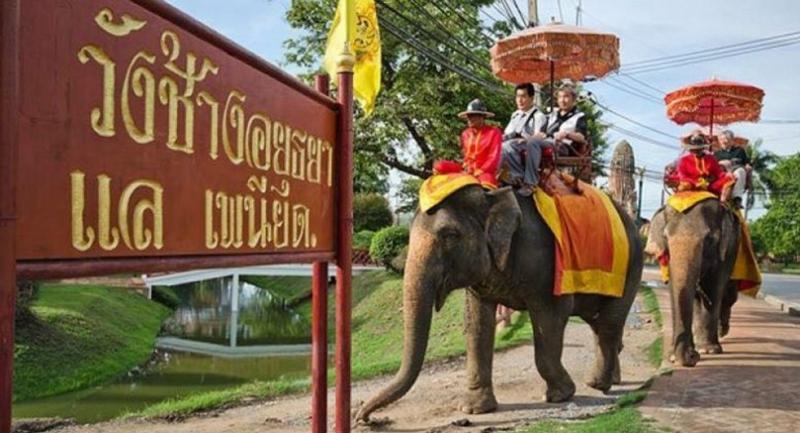 AN ELEPHANT rides business is fighting an order for it to leave the Ayutthaya Historical Park where it has been based for more than two decades.

“We will petition the Central Administrative Court next week,” Ittiphan Khaolamai said yesterday in his capacity as the manager of the Ayutthaya Elephant Palace and Royal Kraal. “We can’t accept the order requiring us to vacate our current location within 30 days. It’s not fair. What wrong have we done?”

With about 200 staff and 70 elephants, the business has had a long presence at the park in Ayutthaya province. It offers various tour activities, including elephant rides through the park.

“We are a nationally recognised attraction. How can you simply tell us to go?” Ittiphan asked.

He was speaking after he received a letter from the Fine Arts Department, which demanded that the Ayutthaya Elephant Palace and Royal Kraal vacate its spot inside the Ayutthaya Historical Park within one month.

Laithongrien Meephan, who owns the Ayutthaya Elephant Palace and Royal Kraal, admitted that the latest land-lease contract with the park ended on January 9.

“But we have long renewed it on an annual basis anyway,” he said. According to him, the lease fee is Bt10,000 a month.

Sukanya Baonoed, the director of the park, said the lease contract with the elephant palace had ended and “we need to reclaim the area for landscape improvement”.

Laithongrien said the park should just tell him how the landscape improvement could be done, because he was ready to oblige. He said the order for his business to leave the spot would do more harm than good.

“Humans and elephants alike will be adversely affected,” he said. Mahouts and people working in related businesses such as tour guides and tuk-tuk drivers will suffer if the elephant palace shuts down.

“We have been together for more than 20 years,” Laithongrien said. He did not believe in a claim that his business was not suitable for the park’s World Heritage status.

The Ayutthaya Historical Park has been a Unesco World Heritage Site since 1991.

Ayutthaya Governor Sujin Chaichumsak suggested that the representatives of the historical park and the elephant palace should explore options and come up with a solution.