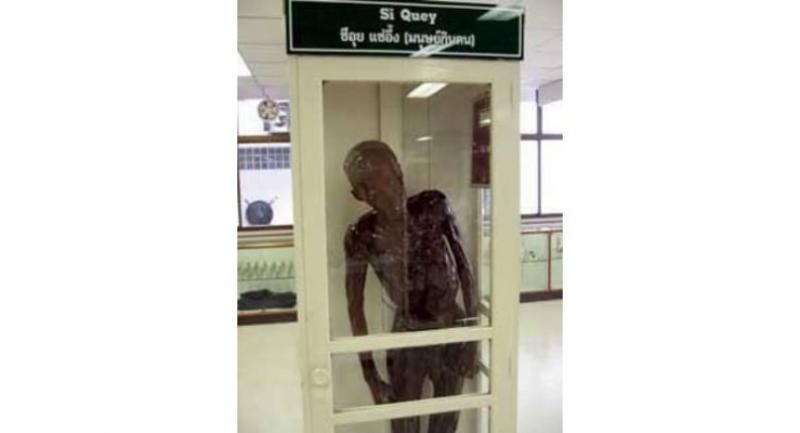 The remains of infamous alleged serial killer and cannibal Si Quey – that have been on display in Siriraj Medical Museum for more than 60 years –will finally be cremated.

The move follows an online petition in May which was signed by more than 10,000 people, urging the museum to restore human dignity to Si Quey by returning his body back to his relatives or arranging a proper funeral for him.

Mahidol University's Faculty of Medicine Siriraj Hospital on Friday revealed that the faculty has decided to comply with public demand and remove his body from the museum’s exhibition and arrange for the cremation of Si Quey’s body.

However, the hospital revealed that they cannot arrange the funeral for Si Quey immediately as they have to prepare the documentation and follow official and legal processes for the cremation of his body.

The faculty said it will inform the public about the funeral plans for Si Quey soon.