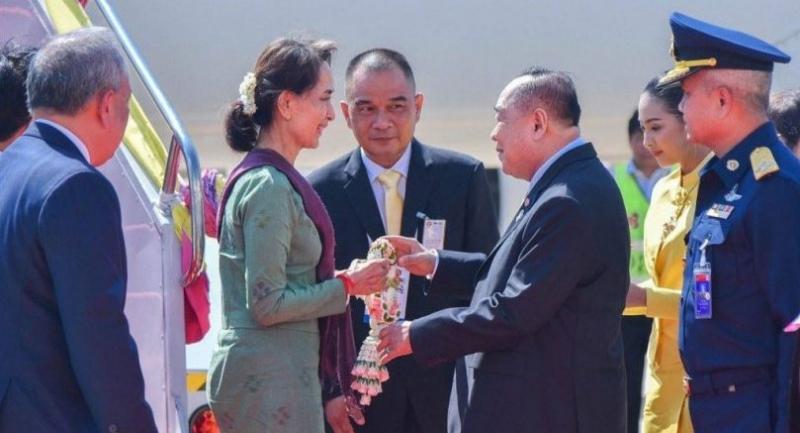 Leaders of other Southeast Asian countries are arriving in Bangkok one after another to attend the 34th Asean Summit this weekend. The parade of power

Leaders of other Southeast Asian countries are arriving in Bangkok one after another to attend the 34th Asean Summit this weekend.

On Thursday Malaysian Prime Minister Mahathir Mohamad and his wife were the first to arrive, greeted by Interior Minister General Anupong Paochinda.

The other seven leaders were expected to reach Bangkok on Friday night or Saturday morning, with the summit set to formally begin on Saturday evening.

Summit organisers, no doubt to the relief of the visiting leaders, have decided to forego the Asean custom of having them all dress in matching garments that reflect the traditional costume of the host country.

Officially, there’ll be no costumed photo-op because this is only a “half-year summit”. A more formal Asean gathering later this year will indeed see the leaders in festive “team jerseys” trying not to smirk. Among the souvenirs Asean leaders and their spouses will receive in Bangkok are garlands of silver flowers, meant to symbolise Asean unity, impervious to withering.

The design is by Naruemon Tonchai, recognised in 2014 by the Support Arts and Crafts International Centre of Thailand as an outstanding art teacher and an expert silversmith.

The garland is much like those made of actual flowers and commonly shared among Thai Buddhists.

What we do best

The menu for hungry Asean leaders this weekend is mainly intended to represent “Thainess” – our best-known dishes, in other words. They’ll get tom yum kung, pad thai and massaman curry (beef or chicken), and no doubt some grilled river prawns with chilli sauce, with mango and sweet sticky rice to finish off.

More of a surprise will be samples of venerable dishes from the distant past such as ma hor (galloping horse) and tung tong (golden bag).

A day at the barges

On Sunday, spouses of the leaders will be given a guided tour of the National Museum of Royal Barges. The aim is to impress the visitors with the amazingly intricate craftsmanship that has gone into the vessels for hundreds of years.

The spouses will view an exhibition of photos of glorious Royal Barge Processions – including the Suphannahong, Anantanakkharat and Narai Song Suban vessels – while seeing first-hand two of the “stars” of those historic events.