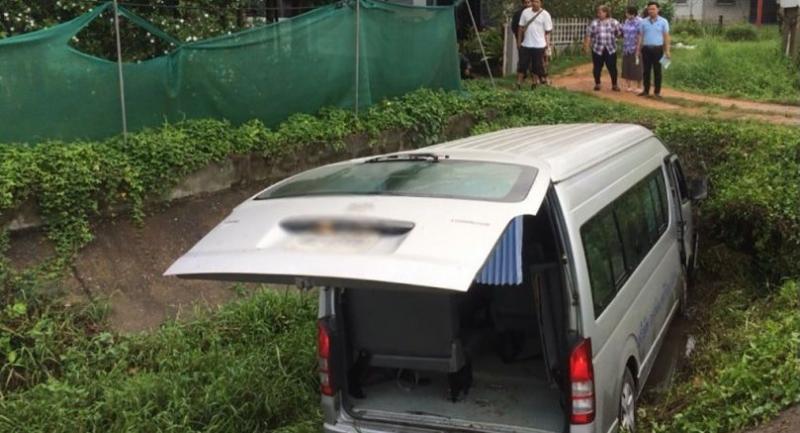 A passenger van driver and nine passengers were injured when the vehicle careened off the Asian Highway in Songkhla around lunchtime on Sunday.

When emergency responders arrived, they found the van driver unconscious behind the wheel. All nine passengers were also injured. Three of them, including one with a broken arm, were taken to the Narakin Hospital.

The incident happened just after 12.30pm as the van was carrying nine passengers from provincial capital Hat Yai’s bus terminal to a cave in the Sabayoi district.

Passengers told police that as they got close, the van suddenly veered into the roadside ditch, saying they believed the driver had fallen asleep at the wheel.