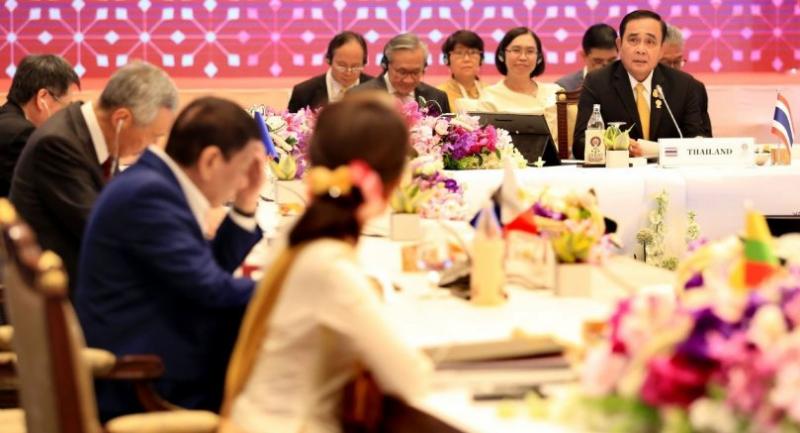 THE LEADERS of Asean yesterday voiced concerns over the Rakhine crisis and called for the safe return of Rohingya refugees to Myanmar while seeking accountability for the violence and human rights violations perpetrated against the ethnic group.

Asean has made clear since last year that it wanted to have a more visible and enhanced role to support Myanmar, also a member of the group, in providing humanitarian assistance, facilitating the repatriation process and promoting sustainable development.

Of the 900,000 refugees currently sheltering on the Bangladesh border, 740,000 of them had fled from violence after the heavy-handed “clearance operation” by the Myanmar military in responding to militant attacks in August 2017.

The refugees, mostly Muslim Rohingya, suffered from atrocities including arson, torture, murder, gang rape and massacre while fleeing from home. Thousands of them reportedly died during the operation which the United Nations human rights agency considered ethnic cleansing and called to refer the case of genocide to the International Criminal Court. However, Asean has maintained a humanitarian role. The group dispatched Asean Secretary-General Lim Jock Hoi and the assessment team from the Asean Coordinating Centre for Humanitarian Assistance on Disaster Management to coordinate with the Myanmar authority and visited Rakhine state in December last year and May this year.

The team has already circulated its report to member countries for consideration. Asean said in the chairman’s statement issued after the summit meeting yesterday that the leaders supported Secretary Lim to go further. The report recommended that Myanmar authorities focus on capacity-building, dissemination of information and support for provision of basic services in Rakhine state, and recognised the need for adequate resources for these activities. Myanmar and Bangladesh agreed in late 2017 to repatriate the refugees to Rakhine but the plan to have the first batch of 2,000 people return has been stalemated since November last year following resistance from the Rohingya due to fears for their safety.

The Asean chairman’s statement said, “We stressed the importance of and expressed our continued support for Myanmar’s commitment to ensure safety and security for all communities in Rakhine state as effectively as possible and facilitate the voluntary return of displaced persons in a safe, secure and dignified manner.”

Restrictions on access imposed by Myanmar and disagreement with Bangladesh have led to a stalemate, but the key concern among the Rohingya community is the lack of recognition of their identity and citizenship.

Foreign Minister Don Pramudwinai said after a meeting of Asean foreign ministers on Saturday that Myanmar is considering issuing National Verification Cards (NVC) to Rohingya refugees who want to voluntarily return from Bangladesh. The document is a step forward to the recognition of their identity, Don said.

The Rohingya community in Thailand told The Nation that the ethnic group wants guarantee of safety and full recognition as citizens before returning to Rakhine.

In talks on Saturday with Southeast Asian counterparts, Malaysia’s Foreign Minister Saifuddin Bin Abdullah called for the “perpetrators of the Rohingya issue to be brought to justice”, his ministry said in a tweet, according to AFP. He also said repatriation of the minority from the fetid, overcrowded refugee camps of Bangladesh “must include the citizenship of the Rohingya”.

Asean leaders yesterday stressed the need to find a comprehensive and durable solution to address the root causes of the conflict and to create a conducive environment so that the affected communities can rebuild their lives.

The group encouraged Myanmar to continue to implement the remaining recommendations of the final report of the Advisory Commission on Rakhine state compiled by former UN chief Kofi Annan submitted to Nay Pyi Taw since August 2017, around the time the violence took place.

While Asean has refrained from embarrassing Myanmar, the regional group expects that the Independent Commission of Enquiry established by Suu Kyi’s government last year “would seek accountability by carrying out an independent and impartial investigation into alleged human rights violations and related issues”.