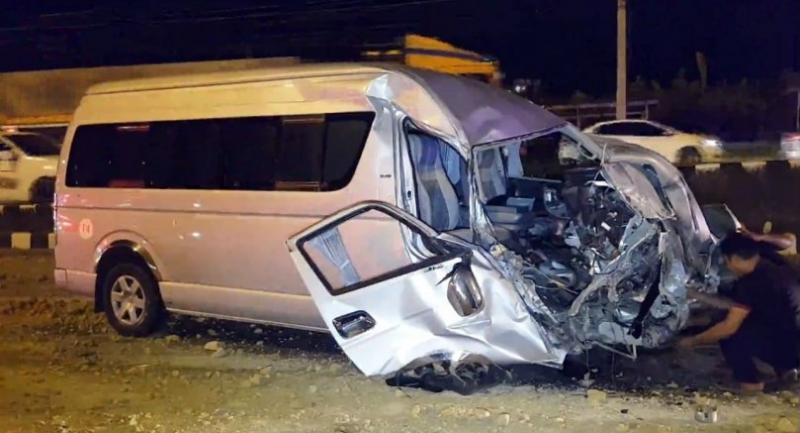 A van driver was severely injured and eight Chinese tourists were slightly hurt after the van in which they were travelling crashed into a trailer truck on Rama II Road in Samut Sakhon’s Muang district Sunday night.

Police said the accident happened at 9pm on the Bangkok-bound Rama II highway in front of the Thalay Thai Market.

The van hit the trailer of a truck carrying soil, badly damaging the front. The injured van driver, Sompote Yodanantakul, was rushed to a nearby hospital.

Eight Chinese tourists were slightly hurt. After examining them, a doctor at the scene allowed them to be driven by another van belonging to the same company to their destination.

The truck driver, Sakchai Inkanha, 44, told police that the van tried to overtake his truck but hit the truck’s right mirror, prompting him to swerve to the right and lose control of the trailer, which overturned.