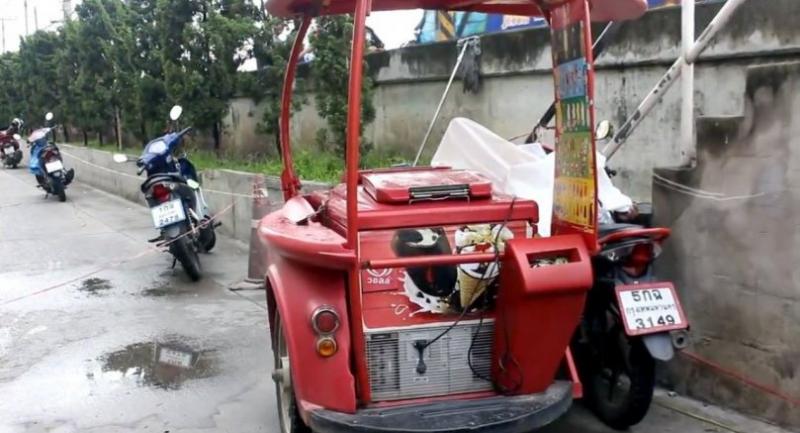 Police said the body of Khiew Sawa, 33, was found sitting in the riding position on a road in front of the Nava Nakhon Industrial Estate in Tambon Klong Nueng, with his face resting on the handles of the motorcycle. A doctor determined that he died between eight and 12 hours earlier. An asthma inhaler was found on the road near him. No sign of injuries was found.

Malai Sukhongssa, 57, a security officer at the industrial estate, said security officers were setting up traffic cones in front of the estate and thought something looked wrong with the vendor. They checked and found that he had died.

The body was sent for an autopsy at Thammasat University’s hospital.