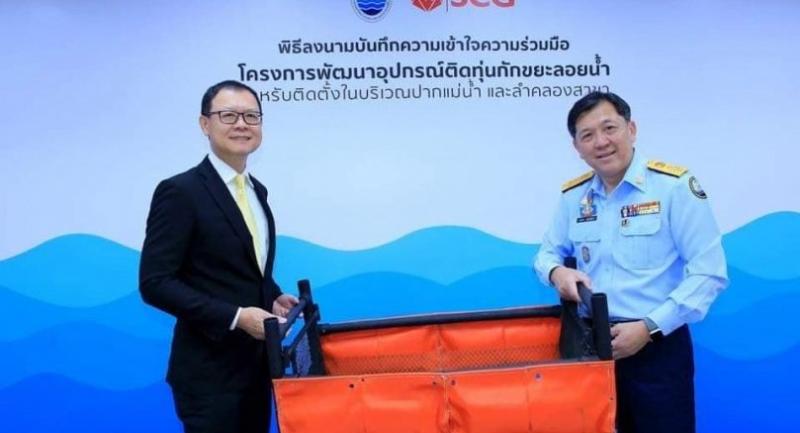 Twenty buoy-strung “litter traps” to be anchored at the mouths of rivers and canals along the Andaman Sea and Gulf of Thailand coast are expected to prevent 30 tonnes of trash reaching the sea every year.

Jatuporn Burutpat, chief of the Department of Marine and Coastal Resources, said four such traps tested in canals in Samut Songkram were each catching 7.7 kilograms of garbage per day.

Five more will be set at the mouth of the Rayong River and Samut Sakhon canals in July, he said.

Thailand has at least 900 canals connected to the sea, Jatuporn said.

The litter trap developed by the department and SCG Chemicals could help turn around Thailand’s reputation – from being ranked sixth among countries releasing the most garbage into the sea to an innovator working to halt the spillage.

SCG Chemicals president Chonlanat Yanaranop called the prototype’s research and development a fine example of cooperation between the public and private sectors in finding a sustainable solution to the issue of seaborne garbage.

The prototype is a 1.8-by-5-metre cargo bed made of PE100 pipe and netting with gates that open and close to entrap trash.

Chonlanat said the trap would be developed further so that it operates automatically and is powered by solar energy.

He expected that model to be ready for testing early next year.