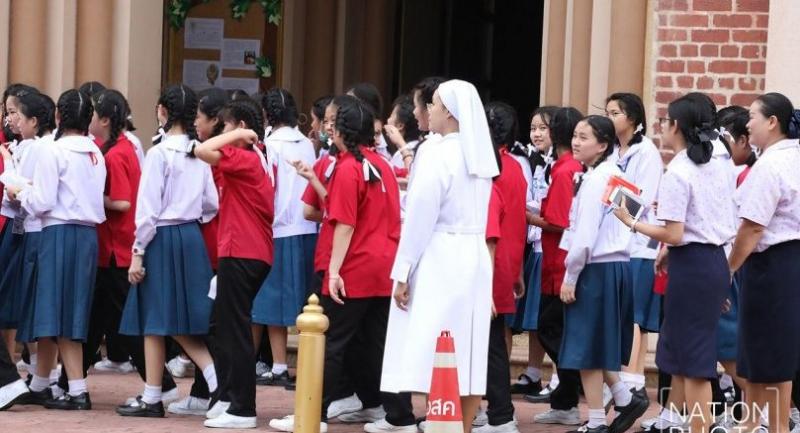 About 1,200 students in Mathayom 3-6 at Bangkok’s Assumption Convent School on Tuesday began classes at adjacent Assumption Commercial College, following a four-day closure since the June 19 incident in which a crane partially collapsed, raining debris down on students, 10 of whom were injured.

The crane assisting with renovations at the River Garden Hotel next to their school collapsed onto the hotel roof, sending material cascading through the roof of the school’s gymnasium.

The commercial college offered the students 27 rooms in two of its buildings while repairs are underway.

Students and parents expressed pleasure at the safer and more convenient surroundings. The school would move the students back when they get a safety confirmation from the Council of Engineers.

Sinchai Khumthanom, speaking for the construction firm, was there to ensure the 15 classrooms were fitted with air-conditioners, as per the school's request to the firm. Meanwhile, police said a supervising engineer and a crane operator have been charged with recklessness causing injury over the incident.

Doungchote said the company could also be charged with violating an official state order since the district office had decreed in April that construction be suspended.