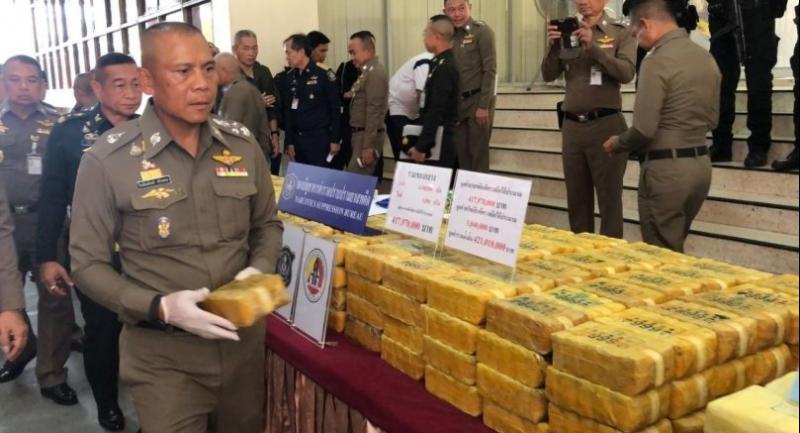 Six suspected drug couriers believed to be part of the same ring were nabbed in two separate arrests in Kamphaeng Phet on Saturday, during which police seized 3.99 million methamphetamine pills, a deputy national police chief said on Tuesday.

Pol General Chalermkiat Srivorakan, deputy commissioner-general of the Royal Thai Police, held a press conference at the Narcotics Suppression Bureau to announce the arrests of the six suspects.

Chalermkiat said the bureau had received a tip-off that a ring would attempt to smuggle the drugs from Chiang Rai to a central province, using subsidiary roads through Phrae, Sukhothai and Phitsanulok. This resulted in drug-suppression police being able to monitor possible routes and make the arrests on Saturday.

Pichet, Preecha and Suwan were arrested on the road before their vehicle reached the Khanu Woralak Buri Bridge in Tambon Saen Tor in Khanu Woralaksaburi district at 3.30 pm.

Then at 7.10 pm the same day, police stopped Chaiyuth, Jarin and Chartthai on a road alongside an irrigation canal in Tambon Salok Bart, in the same district.