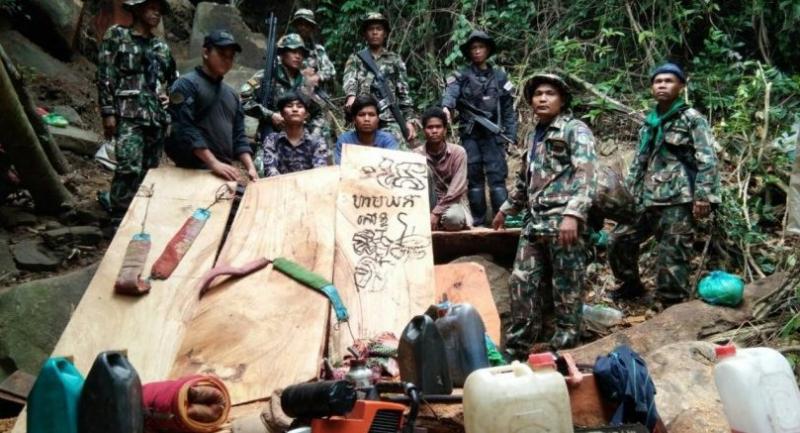 A Cambodian man was arrested on Wednesday morning after a gang was caught allegedly felling trees in a national park in Ubon Ratchathani’s Nam Yuen district. As the moved in to make arrests, the gang fled into the forest, but officials managed to nab one of the suspects. He was identified as Lukamliang Haopian, 39, from Preah Vihear province in Cambodia. The patrol found five sawn planks and a chainsaw in his possession.

The suspect said he and six friends had been sneaking across the border to fell trees and smuggle the lumber back to Cambodia. They were each being paid Bt3,000 per trip, he added.